These images are part of the Ronald Sanderson collection which was kindly donated to Tyne & Wear Archives & Museums.
Ronald Sanderson was an amateur photographer who lived in South Shields.

All photographs on this page have been used with the permission of Tyne & Wear Archives & Museums.

The following 5 photographs capture a view of The Ottawa being constructed and launched into the river at Swan Hunter's Wallsend yard in 1964 for Trident Tankers Ltd, and being turned with the aid of the tugs in front of spectators. This photograph was taken in 1964 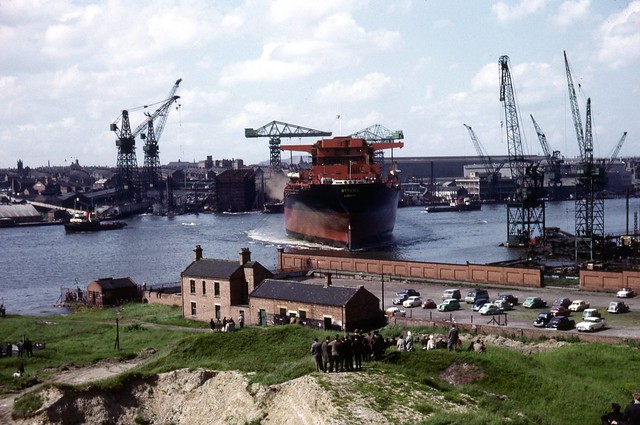 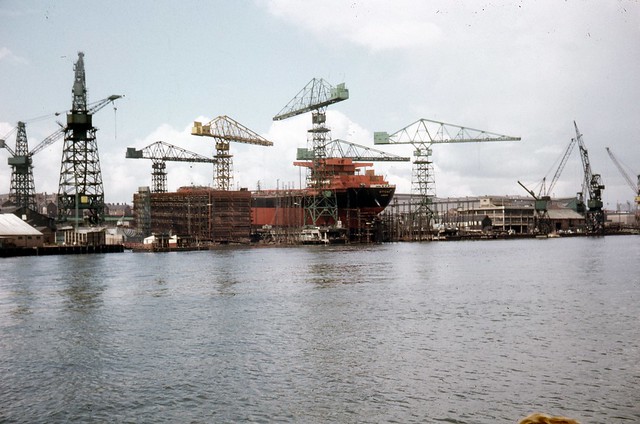 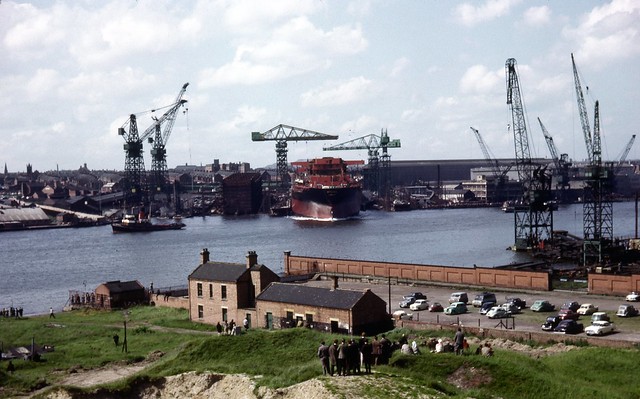 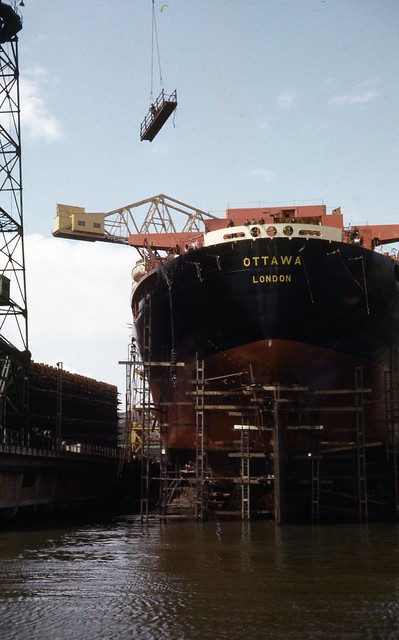 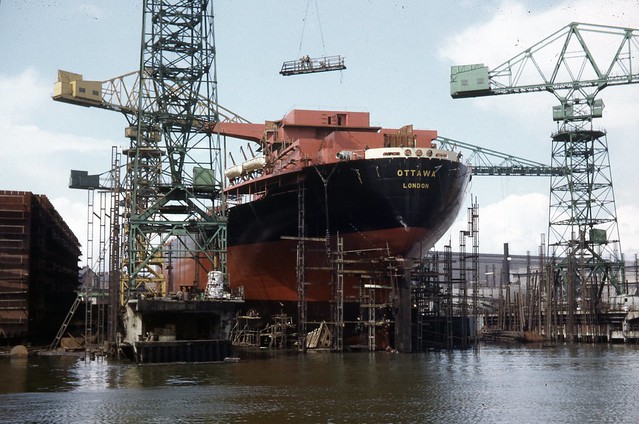 The following 3 photos are taken around where Spillers in Byker was and slightly east of there. 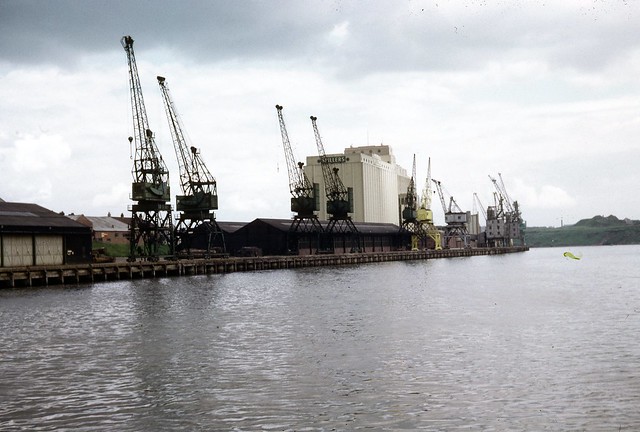 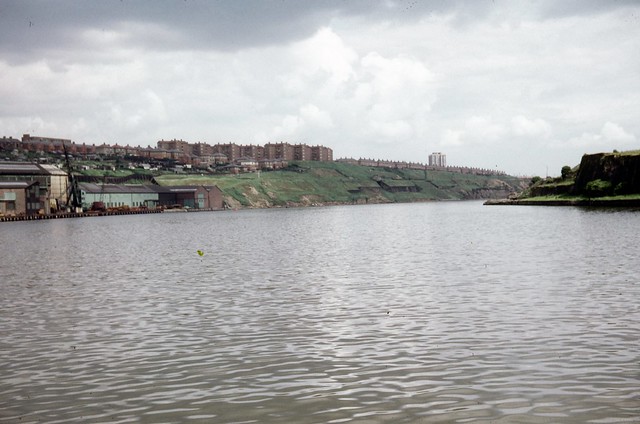 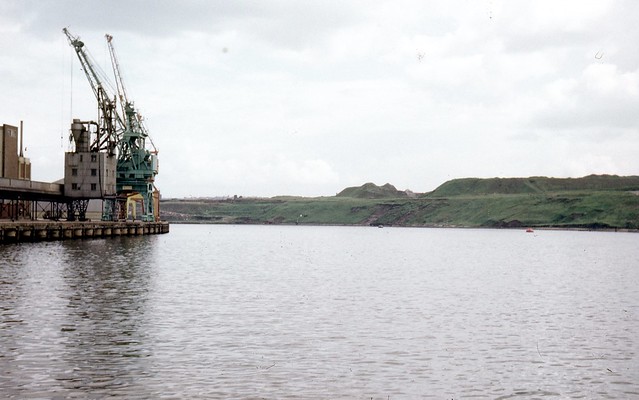 This is a view of the Korle Lagoon fitting out (no funnel or masts). She was a 5000grt motorship built by Swan Hunter and Wigham Richardson at their Wallsend yard in 1964 for the Black Star Line of Accra, Ghana. 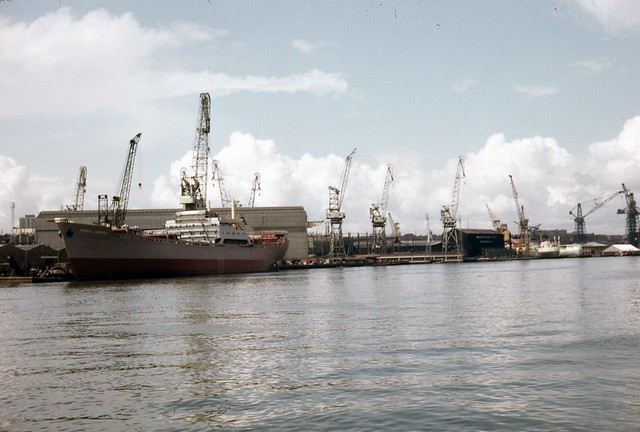 Location is uncertain on this photo. Probably Vickers in Elswick unless you know otherwise then please let me know 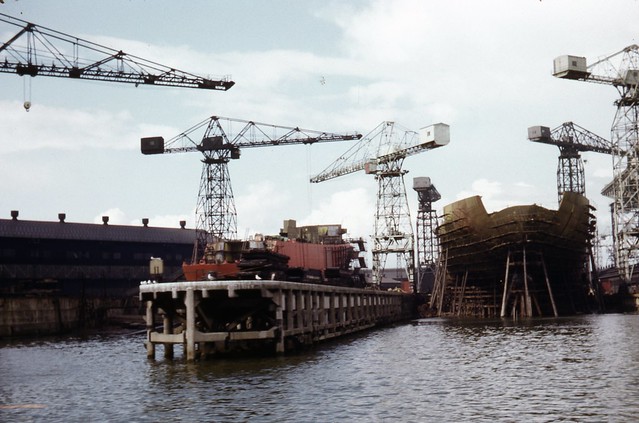 This is a photograph of an oilrig, without support vessels, birthed at an unknown yard, possibly McNulty's Marine on the South side of the river. This photograph was taken in 1977. 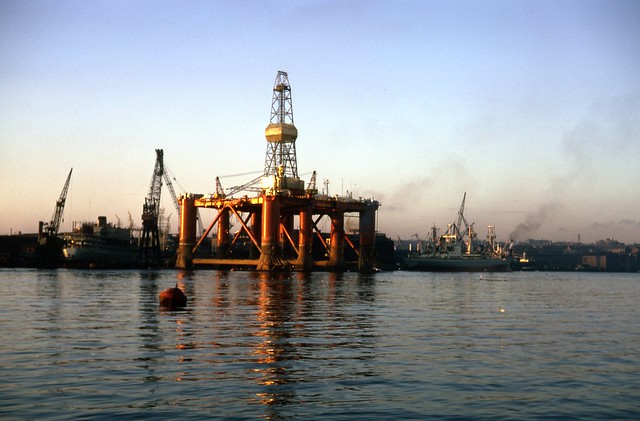 HMCS Provider of the Canadian Navy. Taken around mid to late 1960's 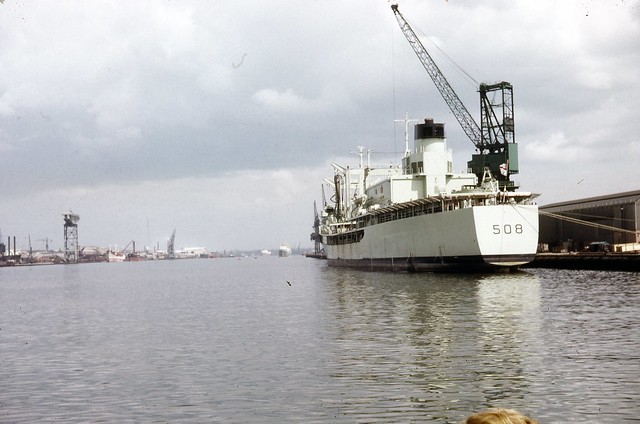 This photograph captures the excavations along the north side of the River Tyne, with the crane Titan II on a barge alongside. 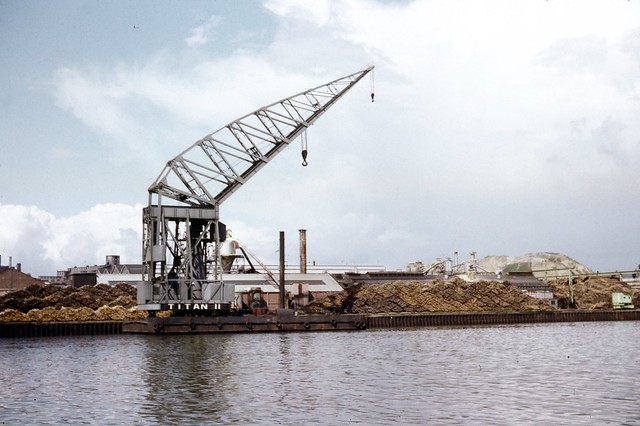 The Shields Ferry "South Shields" coal fired steam recip which was in service from 1911 - 1968. Ellerman Lines "City of Wellington" in the background is in Brigham & Cowans drydock. 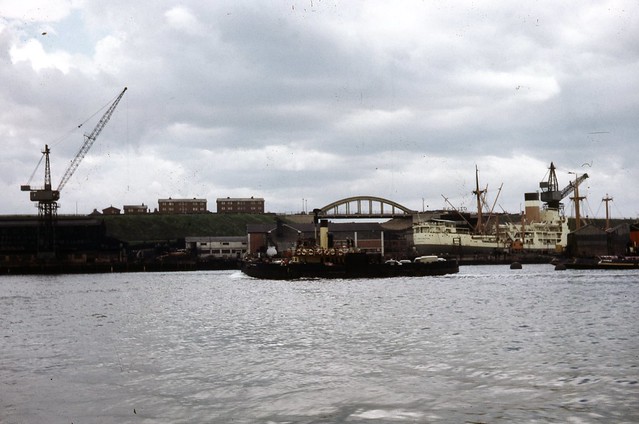 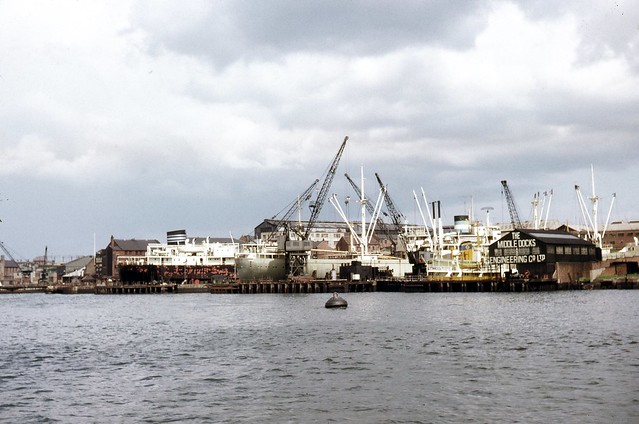 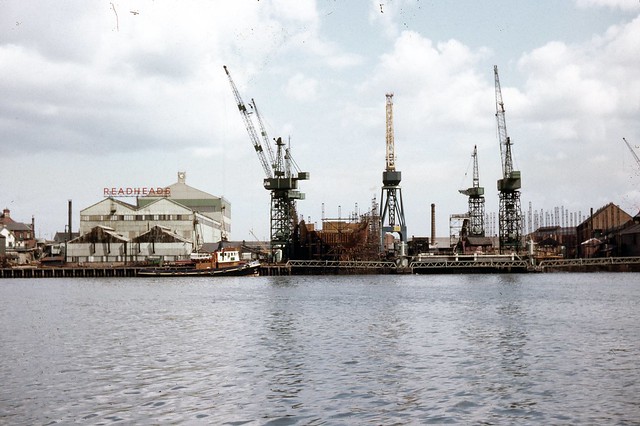 This is a photograph of the four bridges that span the River Tyne at Newcastle upon Tyne in May 1964. In the foreground is the Tyne Bridge, followed by the Swing Bridge, then the High Level Bridge and finally the King Edward Bridge. 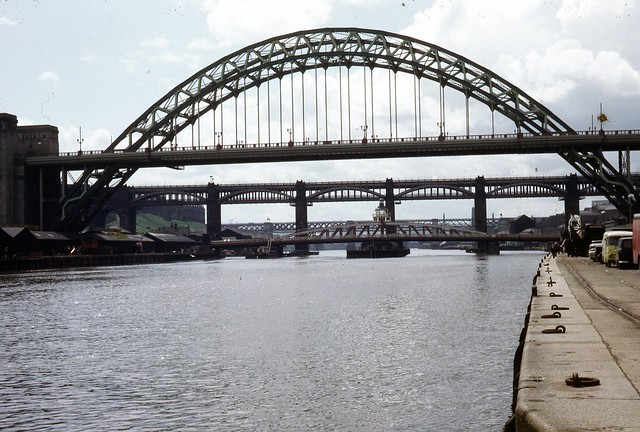 All photographs on this page have been used with the permission of Tyne & Wear Archives & Museums.