North of the city, just beyond the Town Moor, lies the suburb of Gosforth.
The High Street used to be part of the A1 stretching from London to Edinburgh. In 1988 the construction of the western by-pass took the A1 on a different route around the city. 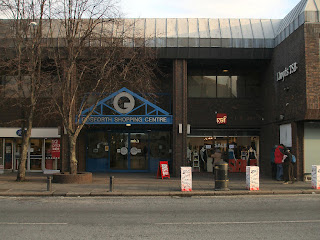 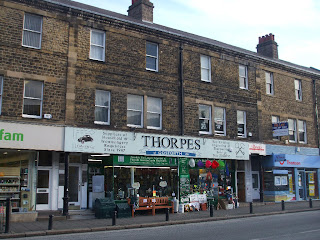 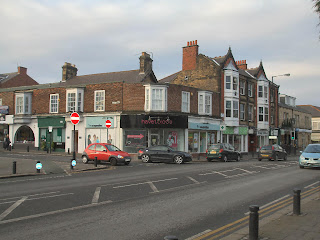 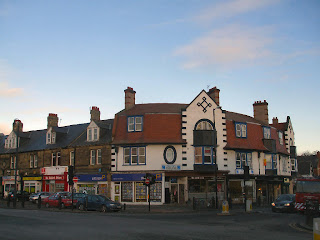 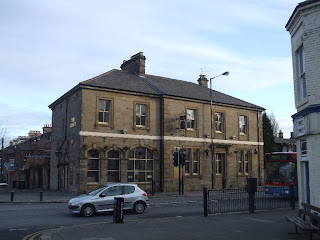 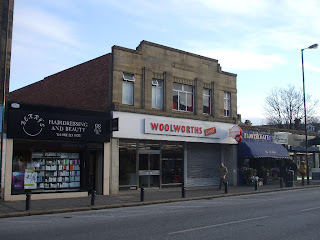 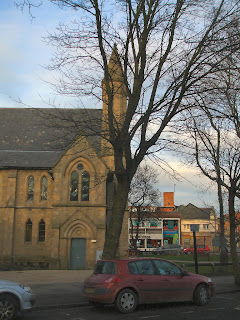 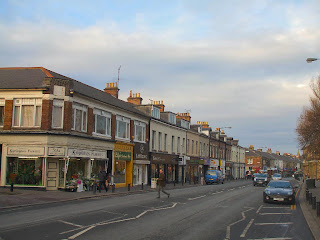 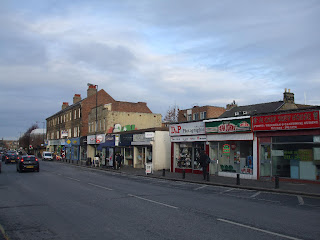 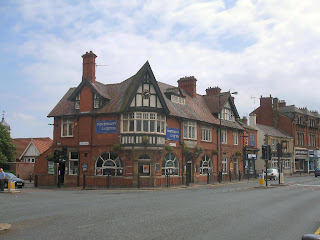 The Northern Lights (The Queen Victoria).
The pub is located in a very prominent position on Gosforth High Street, and is a reminder of the importance of grand coaching inns along the Great North Road. It was bought by R. Emmerson of Burton Brewery in 1897, and was known as the Queen Victoria until it became the Ye Olde Jockey in the late 1990s. It has distinctive semicircular stained glass windows on the ground floor with matching stone and brick decoration. To the east end there is a timber and render gable with small windows, whilst to the west end there are dormers, and a clock on the top of the dominant central corner. Sitelines. 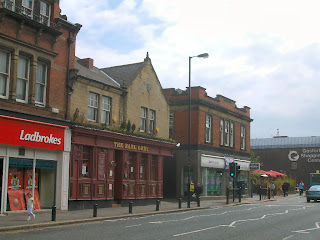 The Earl Grey.
The Earl Grey was a beerhouse when Ridley, Cutter and Firth bought it in 1898. In 1911 billiards was introduced. In 1938 Vaux acquired the pub. In 1939 they obtained a full-licence by transfer from the Black Bull in Seaton Burn. Sitelines. 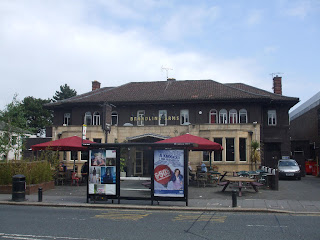 The Brandling Arms.
Acquired by Duncan and Daglish at the turn of the 20th century. Later became a Bass pub. There were alterations in 1978 when the bar and lounge were knocked through to create one big room with a 52 foot bar counter. Sitelines. 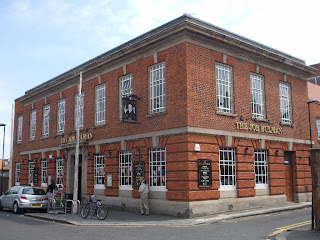 
More information:
See my other photos around Gosforth:

gosforth high street was a regular haunt of mine in the 1980s and was a fun place to shop and party.