The two supporting concrete piers were fluted to create an impression of lightness and were designed to withstand the impact from a vessel of ten thousand tonnes travelling at a speed of five knots, although this is highly unlikely as large ships rarely come this far up the Tyne and the shipping lane has now effectively been blocked by the Gateshead Millennium Bridge. Due to the exposed location, strong winds can cause problems for high-sided vehicles. Early in the bridge's life, a double-decker bus was nearly blown over the side. 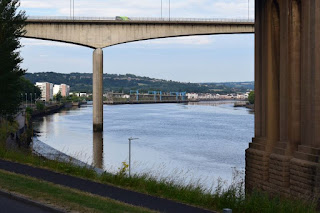 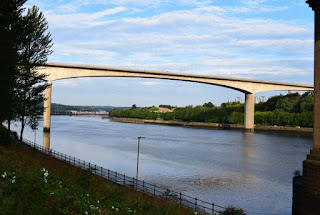 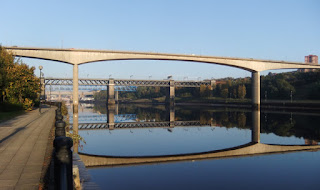 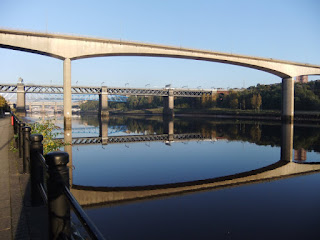 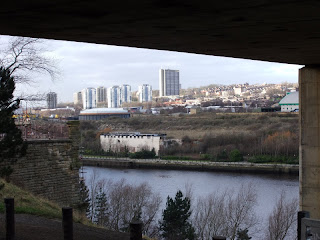 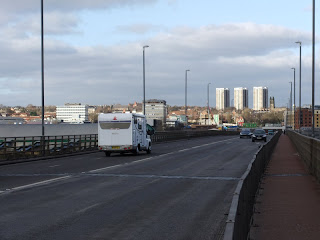 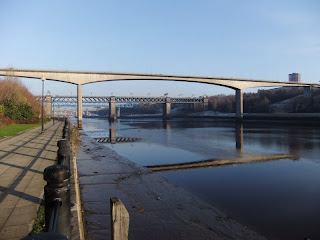 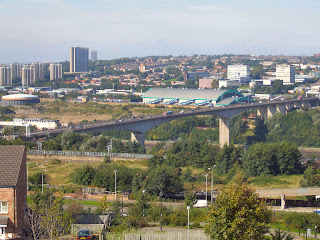 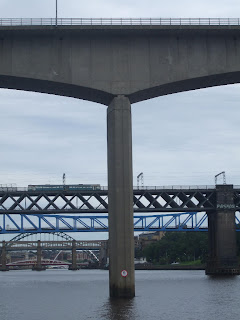 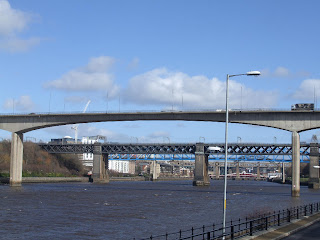 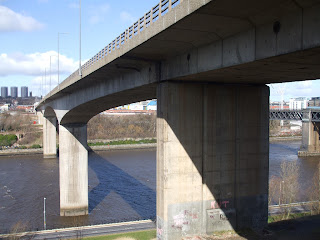 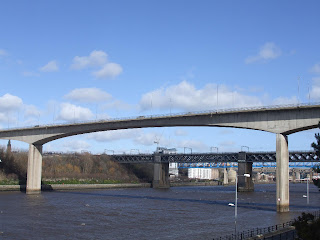 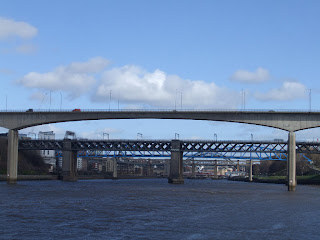 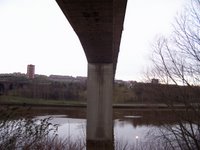 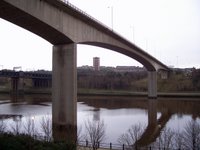 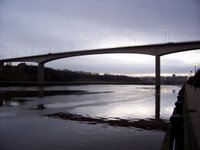 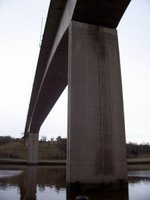 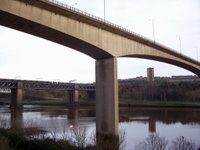 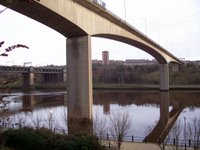 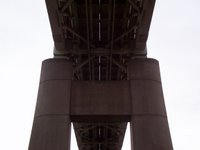 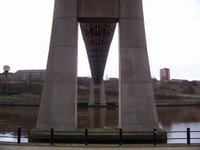