George Stephenson (9 June 1781 – 12 August 1848) was an English civil engineer and mechanical engineer who built the first public railway line in the world to use steam locomotives and is known as the "Father of Railways". His rail gauge of 4 ft 8½ in (1435 mm), sometimes called "Stephenson gauge", is the world's standard gauge.

The bronze statue of Stephenson on Westgate Road, presented in late middle age with pensive expression, rolled-up plan in hand and a huge toga-like scarf over his shoulder which commentators described as a 'Northumbrian plaid'. At the corners of the base there are four over-life-size reclining figures, half-Greek hero, half-contemporary worker: a plate-layer with a model of Stephenson's 'fish-bellied rail'; a miner with Stephenson's patent safety-lamp; a blacksmith with a small anvil; and a locomotive engineer leaning on a relatively up-to-date model of a locomotive. There appears to have been some uncertainty amongst contemporaries as to whether these were 'emblematic' of Stephenson's career, or 'typical of the new class of operatives created by the invention of the locomotive'.

On 3rd October 1862 the monument was inaugurated at a ceremony attended, so it was claimed, by over 100,000 spectators. 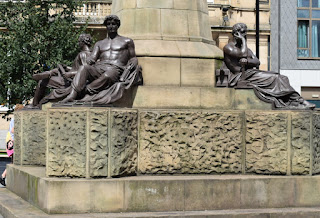 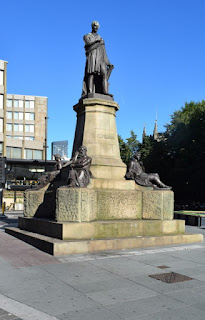 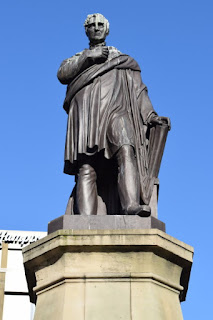 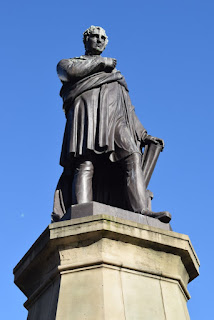 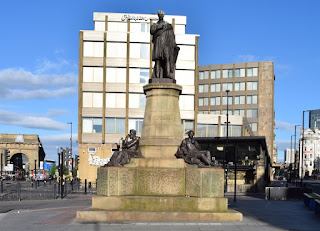 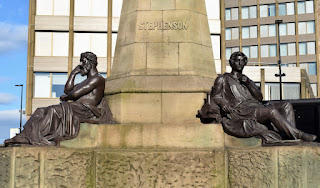 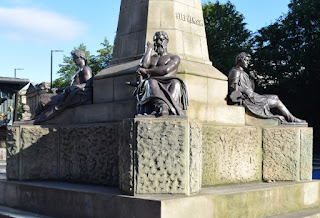 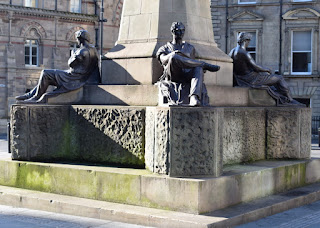 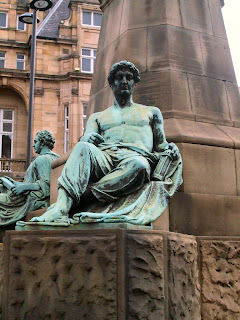 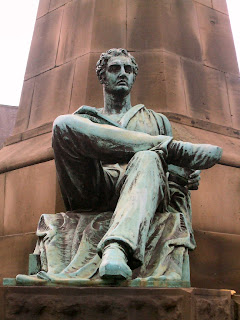 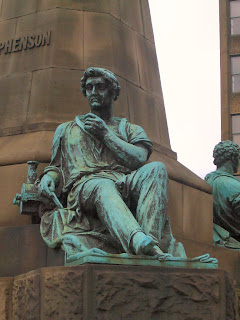 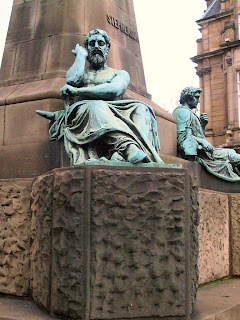 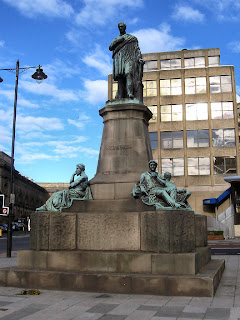