The Victoria Tunnel, is a subterranean wagonway that runs under Newcastle from the Town Moor down to the River Tyne. It was built between 1839-42 to transport coal from Leazes Main Colliery in Spital Tongues to riverside staithes (jetties) ready for loading onto boats for export.

The tunnel was driven through boulder clay and formed by a base course of stone supporting a brick arch. Loaded wagons descended the incline of the tunnel under their own weight, and were rope-hauled back to the colliery by a stationary engine. The Colliery closed in January 1860 and the Tunnel was abandoned until the start of the Second World War

In 1939-40 the tunnel was converted for use as an air raid shelter with wooden benches and bunks installed, as well as chemical toilets, anti-blast baffles, lime washed walls and a number of new entrances.


Victorian Waggonway
When it opened in 1835, the Leazes Main or Spital Tongues Colliery was one of many coal mines around Newcastle. The Industrial Revolution was in full steam: demand for coal was high and the competition was great.

Initially, the coal was carried on carts from the colliery through the streets of Newcastle upon Tyne to the river, ready for shipping. This was slow and expensive because of the road taxes. Porter and Latimer, the colliery owners, therefore employed a local engineer, William E. Gilhespie, to construct an underground wagonway.


Building the Tunnel
Permission to build the Tunnel was granted in 1838 and work started the following year. The Tunnel was probably dug in sections. The engineers would have excavated a shaft down to the right level then tunnelled out to link up with the next section. Mr John Cherry was appointed to manage the tunnelling, he was a former Yorkshire Lead Miner who had previoulsy been employed as a Miner at the Leazes Main Colliery. Building works were carried out by the firm of Mr David Nixon, a builder of Prudhoe Street, Newcastle upon Tyne. Some 200 workers were employed in the construction of the Tunnel and Thomas Fordyce in his Local Records for January 8th 1841 reported 'The workmen, to the number of two hundred, were regaled with a substantial supper and strong ale, supplied by Mrs. Dixon, the worthy hostess of the Unicorn Inn, Bigg-market, Newcastle. The Albion band attended, and enlivened the joyous occasion with their music'. The walls of the Tunnel were lined in stone, and a double brick arch supported the roof. It is approximately 7 ft 5 in (2.3m) high and 6 ft 3 in (1.9m) wide. This was just large enough to accommodate the custom-built chaldron wagons.


Transporting the Coal
Because of the gradual gradient of the Tunnel, loaded wagons were able to roll along a standard gauge rail track down to the river. A rope was tied to the last wagon in the train and a stationary steam engine at the top of the Tunnel hauled the empty wagons back up to the pithead.


Grand Opening
The Victoria Tunnel was named after the popular, young Queen Victoria. It was officially opened by the Mayor of Newcastle on the 7 April 1842. A crowd of spectators including the sheriff and important merchants gathered on the quayside and at 1pm cannons were fired as a train of eight wagons appeared out of the Tunnel. Four of the wagons contained coal, and the others a “company of ladies and gentlemen and a band of musicians”!


Pit Closure
The Victoria Tunnel was a financial success: it reduced the cost of transporting coal from the pit to the river by 88%. The colliery, however was not a success and closed in 1860.

Having taken two and a half years to build, the Tunnel was in use for just eighteen years.


Air Raid Shelter
In 1939, Britain prepared for war. People were instructed to practise “Air Raid Precautions” and protect themselves from bombs dropped by the German Luftwaffe. In Newcastle, the City Engineer developed plans to convert the Victoria Tunnel into a communal air raid shelter for 9000 people.

It cost £37,000 to adapt the Tunnel into an air raid shelter. It was cleaned of coal dust and in some parts whitewashed. Several concrete blast walls were added to stop potential bomb debris flying along the Tunnel. Electric lighting was fitted and a new concrete floor was laid. Wooden benches and about 500 bunk beds were installed along the walls, and chemical toilets enclosed in canvas cubicles were built near the entrances.

Seven new entrances were completed: Claremont Road; Hancock Museum; St Thomas’ Churchyard; Ridley Place; Shieldfield Green; Crawhall Road; and Ouse Street. At Ouse Street you could walk straight into the Tunnel, but the other access points looked like subway entrances and involved walking down a steep corridor until you reached the Tunnel.


End of the War
At the end of the war, most of the fittings were removed and all of the entrances except Ouse Street were closed. This entrance had been built on private land: the garden of number 14 Ouse Street.

1842 Construction finishes and the Tunnel is opened with a cannon salute and a party for the workers in the Bigg Market.

1860 The pit closes, the equipment is sold and the Tunnel is forgotten about.

1878 The river end of the Victoria Tunnel is demolished when the Glass House Bridge is built.

1928 Gateshead entrepreneur, Thomas Moore establishes the Victoria Tunnel Mushroom Company. He tries to farm mushrooms in the river end of the Tunnel, but the business fails to grow and closes the following year.

1939 War breaks out and the Tunnel is outfitted as an air raid shelter: several new entrances are built; bunk beds, benches, electric lighting, and chemical toilets are installed to make it more comfortable; and blast walls are erected inside the Tunnel to make it safe.

1945 The war ends and all the entrances except this one are blocked up. The Tunnel is again left in darkness.

1954 The Tunnel is considered as a potential nuclear shelter and plans are made to re-open the WWII entrances.

1976 Part of the tunnel is converted into a sewer running from Ellison Place to Queen Victoria Road.

2006 Newcastle City Council secures Heritage Lottery and Single Programme funding to restore the Tunnel and open it to the public. Tours are now available to book by visiting the Victoria Tunnel website


Route
The Victoria Tunnel originally ran from the site of the Spital Tongues colliery near Hunters Road. It still exists under Claremont Road, and runs past the Hancock Museum, then close to the Civic Centre and St Mary's Place. From here it travels under Northumbria University City Campus, the Central Motorway and Shieldfield to St Dominic’s Church on the corner of Crawhall Road and New Bridge Street. It then continues under St Ann's Estate to an entrance on Ouse Street. The section of Tunnel that continued from here to the River Tyne was demolished in 1878.


All of the following photos were taken at the southern end upto the Crawhall Road entrance which is the only stretch of the tunnel open to the public. 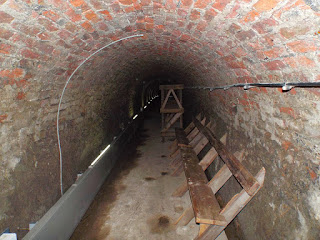 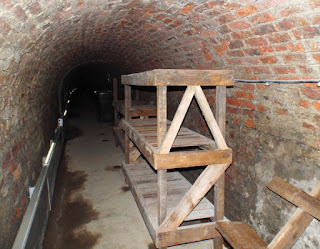 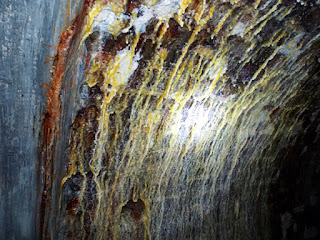 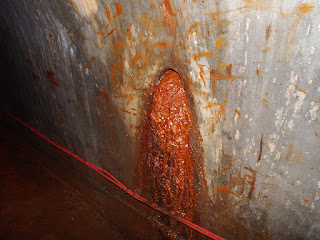 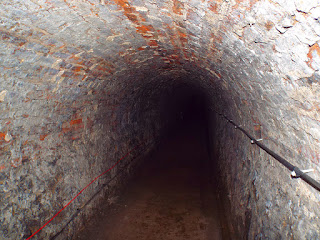 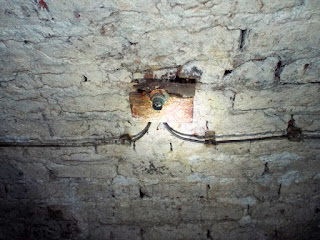 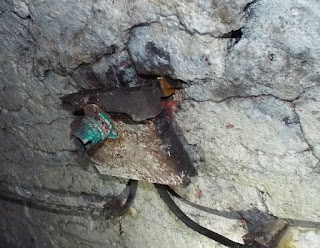 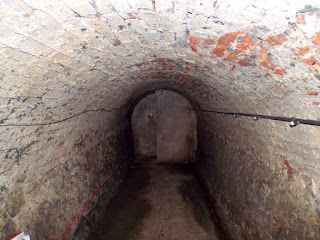 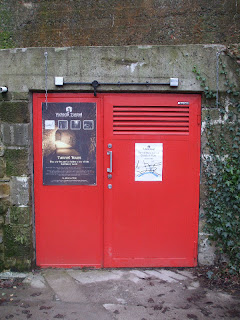 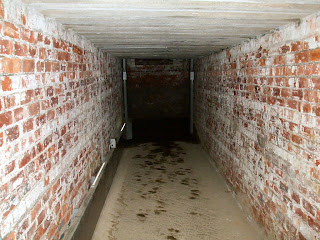 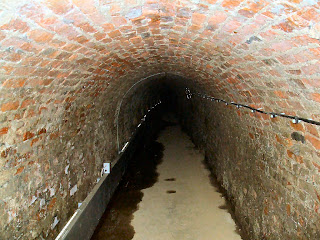 The first stretch of the tunnel. 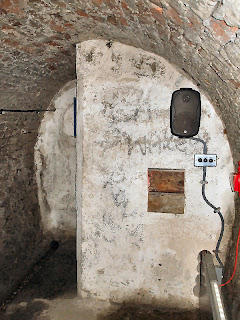 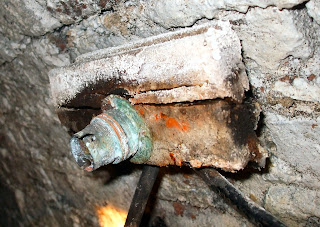 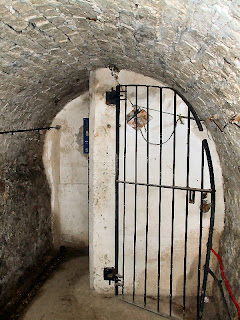 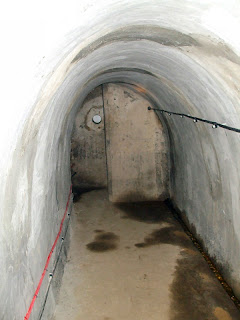 A rendered stretch of the tunnel. 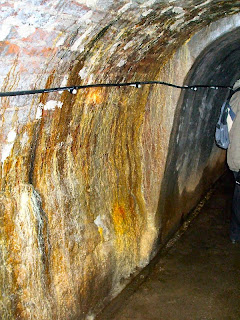 A wet part of the tunnel due to a tunnel from the old Quayside railway passing above. 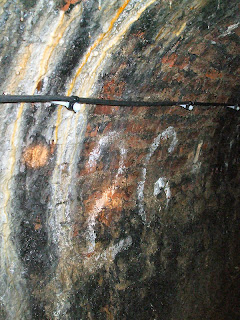 Section 26: From when the tunnel was used as an air raid shelter. 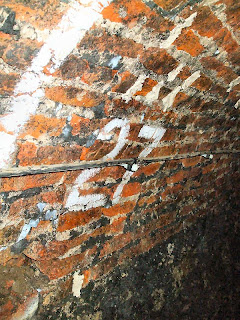 Section 27: From when the tunnel was used as an air raid shelter. 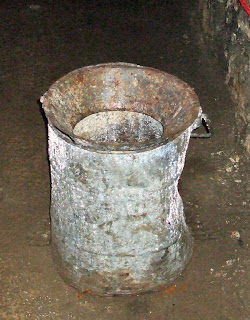 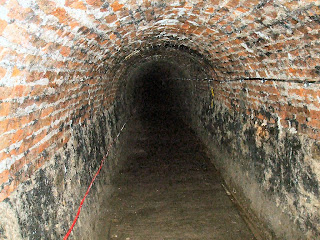 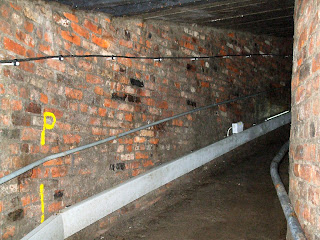 Up to Crawhall Road exit. 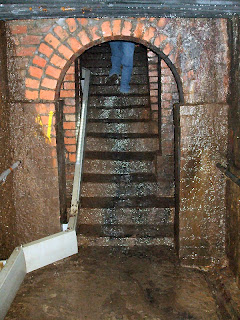 And further up to Crawhall Road exit. 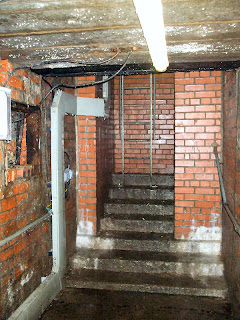 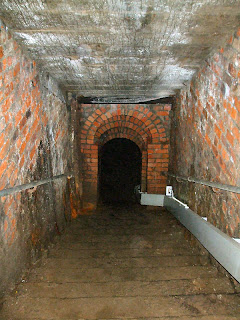 Looking back down towards the tunnel from Crawhall Road exit. 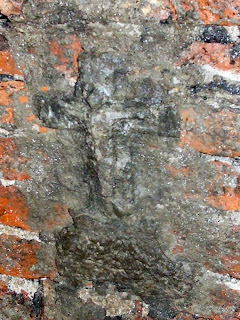 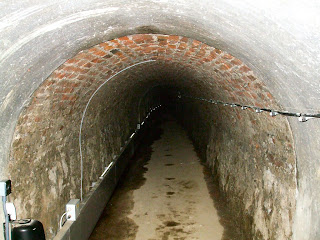 Map showing the route of the Victoria Tunnel through Newcastle.


More Information:
See my other photos around the Victoria Tunnel:

Thanks for posting this! I never knew there was a tunnel running all that distance, which is especially galling considering how many times I must have been past that Ouseburn entrance! I think I'll have to book myself on one of those tours.

No problem.
If you book up before march it will be free but they are going to have to start charging after then due to the grant running out.

Where exactly is this entrance? Specifically on the road that is. Too clostrophobic to go down but trying to find it on google street view.

If you mean the entrance in Byker then it's just behind the new hotel to the west of Glasshouse bridge. Check this map with all the entrances Victoria Tunnel

A friend and I got into the tunnel in the late 80s from an access manhole located on the grass verge that runs between Claremont rd and central motorway in spinal youngest.pretty spooky in those days.

I’m going to see if it’s still there, anyone know of any more possible secret entrances? Do you know whereabouts along that grassy strip? I’ll look all over

Hard to remember exact location,I seem to recall its halfway up, near the main junction that turns left, hidden next to trees