The Mitre is a building situated in the Benwell area in the west end of Newcastle upon Tyne, England. It is a Grade II listed building.

A tower house known as Benwell Tower was built in 1221. It became home to a branch of the Shafto family of Bavington Hall until the 1770s, when it was sold by Robert Shafto (the son of Bobby Shafto, immortalised in the song of the same name).

In 1831, the present building (originally known as Benwell Towers) designed by the Tyneside architect John Dobson replaced the old house and has since provided a number of different functions. It became the residence of the Bishop of Newcastle in the 1880s[2] (when Newcastle upon Tyne became a separate see from the diocese of Durham). During World War II it became a fire station, and then became a training centre for the National Coal Board in 1947.

By the 1970s the building had become The Mitre pub, before achieving national fame in 1989 as the Byker Grove youth club in the BBC children's television series Byker Grove. The final episode of Byker Grove was filmed in August 2006. Benwell Towers was put up for sale by the owners in 2007.

In June 2009 a local newspaper reported problems with Japanese knotweed on the site, that was still said to be for sale.

In September 2010 local newspaper The Evening Chronicle reported that the building had been purchased by an individual on behalf of a community organisation. It will be used for community-based purposes.

In December 2012 planning permission was granted for the creation of an Islamic school. The development was also to include a community building, coffee shop and events space open at weekends. The building was vandalised in July 2016, shortly before the school's opening. In 2019 it was broken into and vandalised.

Description courtesy of Wikipedia - The Mitre. 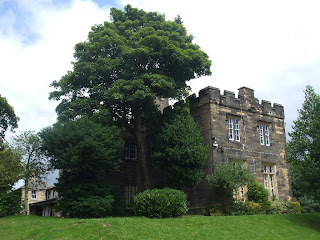 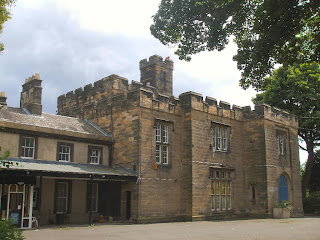 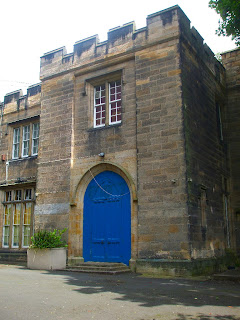 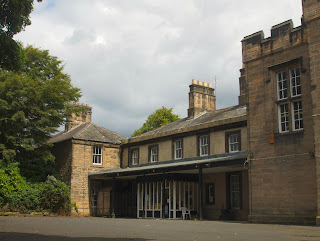 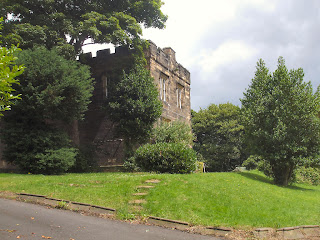 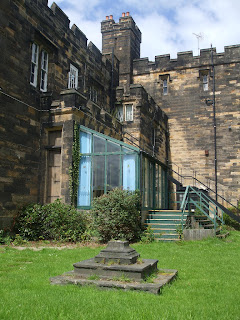 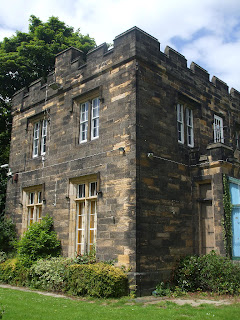 More information:
See my other photos around Benwell:

I`ll buy it if I win the lottery. It`ll probably wind up as a care home, but even that is better than falling into disrepair.

It is such a shame to see it go unused.
Being an east end lad I never even knew it existed until Byker Grove came along as it so well hidden.

Thanks for taking these photos. I plan on visiting The Mitre and taking my own at some point. It's my dream to live there, a building I love. How easy was it to access the grounds? Suse x

You are most welcome. :)

Access was very difficult. This was around the 5th or 6th time I tried to take some photos of it. I think I got lucky because there were some gardeners in doing some work.

This used to be a pub called the Mitre. I spent so many happy Friday and Saturday nights there when I was in the 6th Form at John Marlay School.
What a shame to see it going empty now.

It looks a fantastic location for a pub. Seems a shame it can't re-open as a pub again.

It will also be Byker grove to me, why can it not open has a real youth club or the bbc restart BG

i am up for working on the show again

It was a nice pub.I think its disgusting that its being turned into a mosque

The Geordie people are known for being very welcoming you are making them look like racist. You think like this because you are ignorant of Islams true and peaceful message

My dad worked there 1950's - 60's so l spent most of my childhood in the beautifully kept grounds and had Christmas parties in the chapel every year.As it has masses of history, l only hope whoever has bought it gives it the respect it deserves and helps create as many good memories as l have.

These photos are great!
I was lucky enough to be able to visit this place back in 1999 when it was still used as the Byker Grove set.
I would really like to go back and see for myself what it's like now, even if it's only the exterior. I am quite disappointed however to read that access is difficult, would love to try and get some pics of my own.

Thanks. I'm sure the building will come back into use at some stage in the future.
If anyone knows what is happening please let us know.

Its being made into an islamic school as it was bought by BAHR back in 2010,

My uncles used to run the pub back in the 80s. My family spent many holidays there, the best been at Christmases. I always remember playing pool in the bar area, and then playing on the organ on an evening. The rooms were amazing and very posh. Such great memories.