He Was Christened John Edward Thompson - JET - and surely no other footballer had such an appropriate set of initials to embark on a career in the game. When Jackie Milburn walked into St James Park, boots in a brown paper parcel in August 1943 there started a special association not only between player and club, but also between player and the whole of the north east region. One that remains strong as ever, several years after his death in 1988. 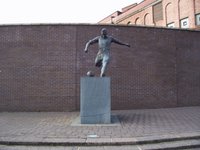 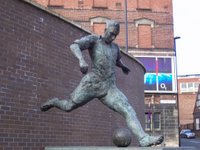 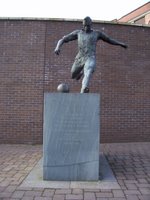 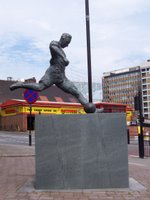 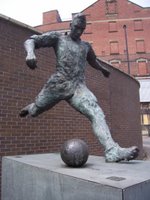 23rd April 2012
The statue has been moved to the south east corner of St James Park. A much better location for statue. 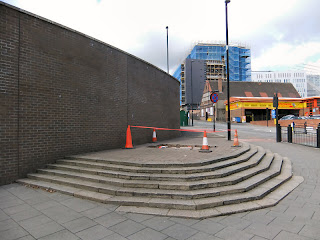 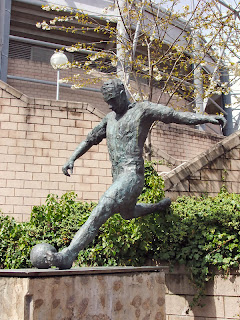 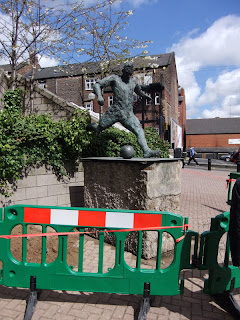 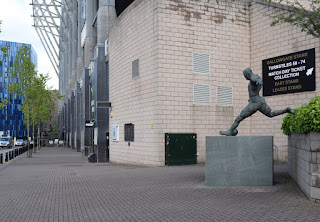 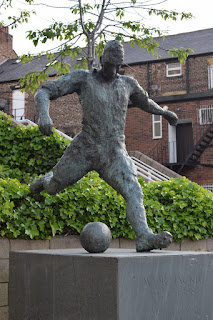 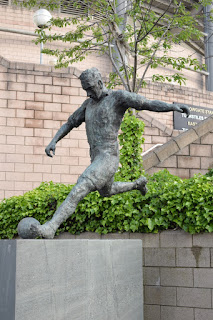 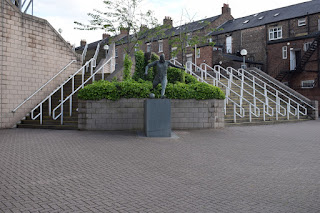 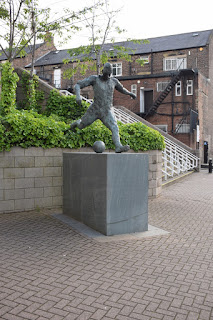 Where has Jackie's statue been moved to. He used to be on Northumberland street didn't he?

Aye that was some time ago. He's been living on St. James Boulevard next to the junction with Corporation street. He is on the move again shortly to just outside the Gallowgate end with the forthcoming statue of Shearer.

Now that the Bobby Robson garden is taking shape I would like to see the Jackie Milburn statue moved there.
Wor Jackie is a bit isolated where he is at the moment.
I can't see a Shearer statue being made anytime soon with the FCB in charge.

That sounds like a great idea but I guess the plans have already been laid out for the garden.

Hell will freeze over before the FCB sanctions a Shearer statue. :)