Northumberland Street is the major shopping street in the city of Newcastle. It runs from the Haymarket Interchange Metro station and The Newcastle Civic Centre in the north, towards Pilgrim Street and the Monument Metro station at the south.

In the 18th century Northumberland Street was a suburb of the medieval town, with three-storey brick houses. Originally called Bath Road because it led to the old Northumberland Baths opened in 1839 (replaced 1928). At the north end the remaining houses may be discerned above garish modern shop fronts.

Further south the 20th century takes over. Large shops were developed here in the early 1930s. British Home Stores (now Primark) on the east side, was built in 1967, replacing a 1931 Art Deco block for C and A. On the Northumberland Road façade, there is a large coloured relief by H and J Collins, 1974, depicting scenes from Newcastle's history. Across the street, the 1970's Marks and Spencer is concrete encrusted with grey chippings. On the east corner with Queen Street is a small early C19 house-turned-shop with pargetting added in 1953.

The crossing at Blackett Street was the site of Pilgrim Street Gate on the town wall.

Until 1999, the most northerly section of Northumberland Street from Northumberland Road onwards was still open to traffic and a busy bus route, which led to the shops in this part of the street being much less popular than those farther south. This section is now also pedestrianised in keeping with the remainder of the street. However, some electronic maps still show this part as an accessible road.

Delivery traffic is still permitted to drive up Northumberland Street in the early morning to complete deliveries, but, after that, all non-pedestrian traffic is banned, including bicycles and skateboards.


Description courtesy of Wikipedia and Sitelines. 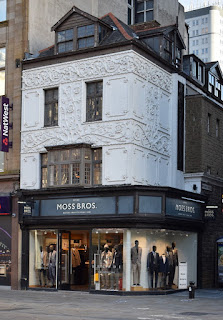 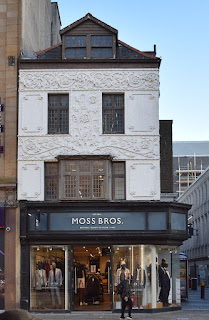 Carlisle House, 12 Northumberland Street.
Carlisle House began life as a 19th Century house. It was later transformed into a shop and now forms part of a bustling shopping street. Its façade is ornately decorated with plaster, which was added in 1953 to commemorate the Coronation of Queen Elizabeth II. 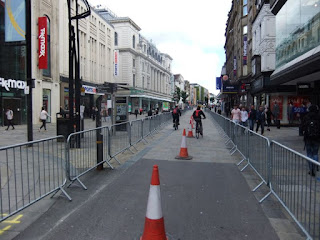 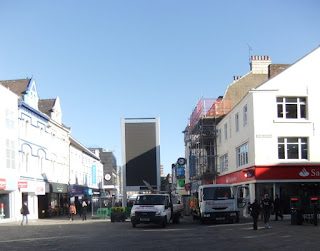 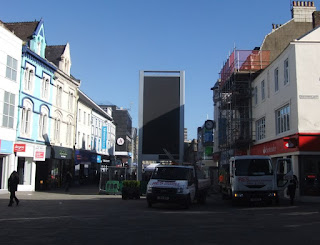 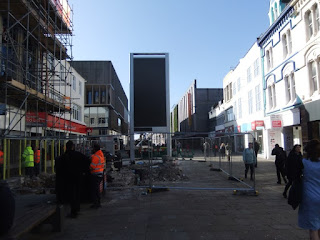 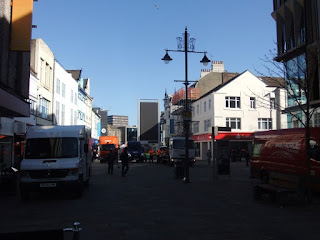 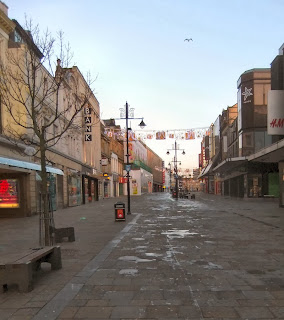 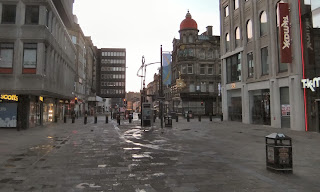 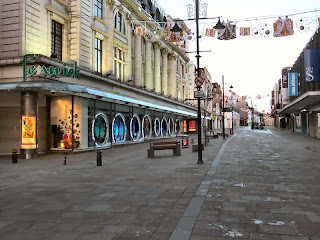 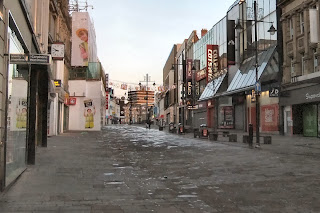 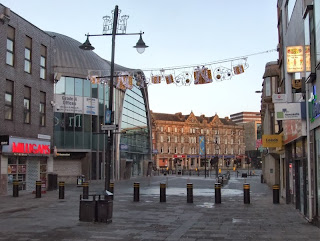 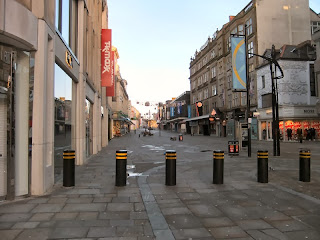 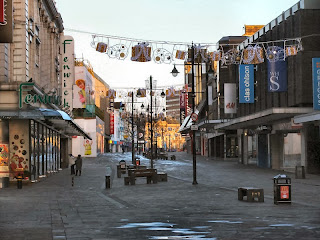 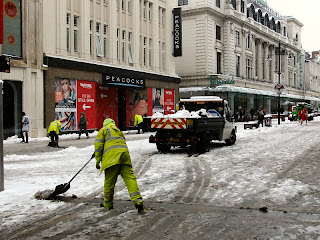 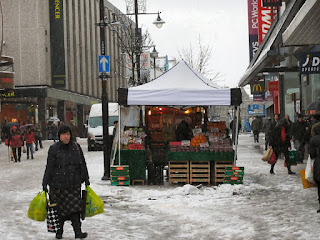 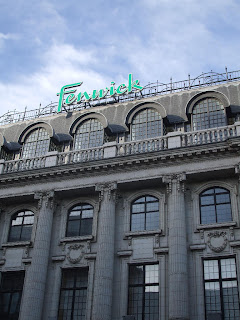 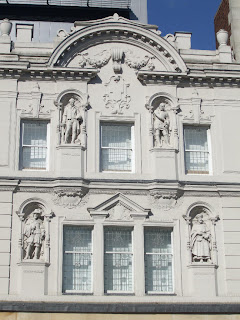 Top Right - Sir Henry Percy (1366-1403), who, because of his ferocity in combat, was known as Harry Hotspur. He fought in several campaigns against the Scots and the French. More here Wikipedia - Sir Henry Percy

Bottom Left - Sir John Marley (1590-1673) defended Newcastle against the Scots army in 1644. He also served as the mayor of Newcastle after the Civil War and Restoration.

Bottom Right - Roger Thornton (Died around 1429) rose from rags to riches, making his fortune as a merchant. He later became the mayor of Newcastle 3 times and an MP. More here Wikipedia - Roger Thornton 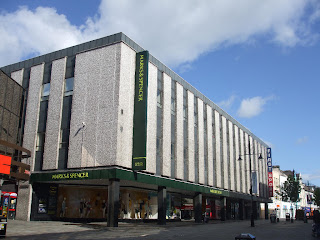 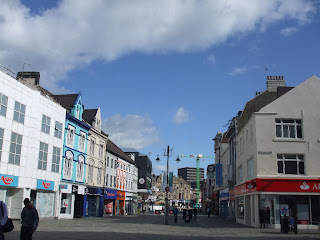 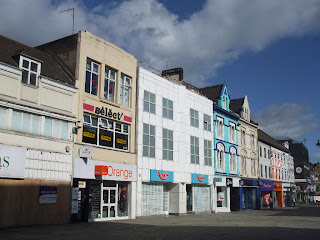 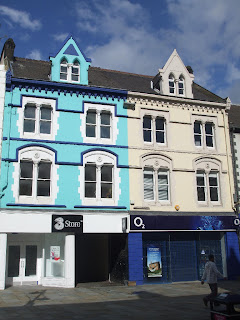 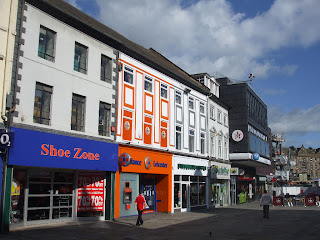 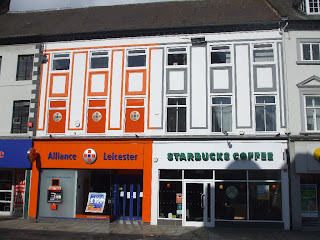 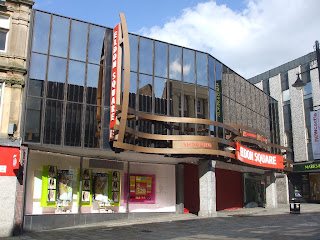 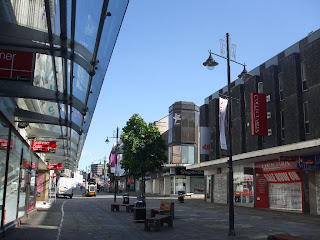 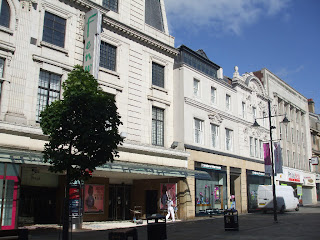 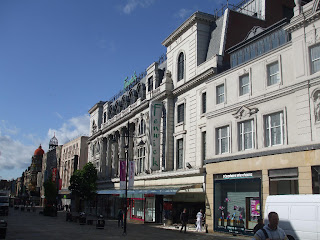 It looks quite a cheery place. I like shops :-)

There is always plenty going on in this street like street entertainers and the like but if I'm honest I hate the place! Far too busy for me.
You will rarely see it as quiet as the photos show.

Although I've been down that street hundreds of time - I don't think I've ever stopped to look at it like you have. You've captured it very well!

It used to be good for shopping. Sadly the main attractions now are only Fenwicks and Marksies. Uses to have HMV, Next, Burton's, C&A, BHS, Littlewoods, Virgin records it goes on