Installed in 1999 at a cost around £270,000 Shoulder To Shoulder consisted of 52 concrete figures that were designed to act as a safety barrier to protect pedestrians from heavy traffic around the Haymarket Metro station.
The statues also had a water feature which did'nt work too well, often soaking unaware passers-by when it was windy, and it was turned off permanently some time later. The statues quickly became known as the Lego Men and you would have been hard pushed to find someone that did'nt have an opinion on them. 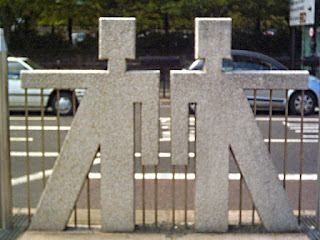 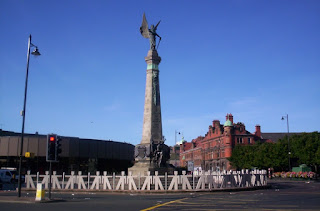 They were removed in 2008 when the Haymarket Metro Station underwent a facelift. This was to be a temporary measure according to a council spokesman A few of the statues are being taken out to allow access to the Metro station for the rebuilding, but will be put back.
They never made it back to the Haymarket.

Ideas for the relocation of the statues have included Exhibition Park, Great Park housing estate near Gosforth and Hadrian’s Way coast-to-coast trail. Meanwhile, they lie on an unsecured bit of wasteland near the Central Motorway. 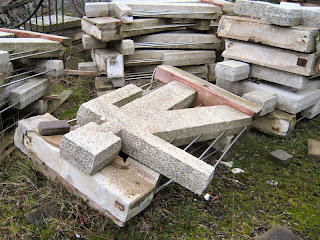 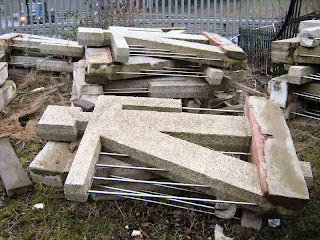 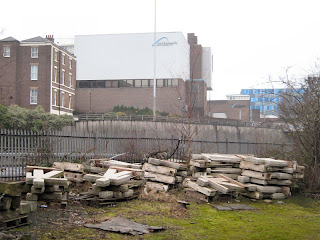 In September 2011 Newcastle City Council said the Lego Men sculptures would be sold on eBay and one was given away in a competition by the Evening Chronicle.


The Lost Lego Men of Newcastle.


More Information:
See my other photos around The Haymarket:

They were pretty unloved weren't they? those poor old lego men.
I think, like you, they were in the wrong place, a war memorial is a place which should be dignified.
The lego men shouldn't go to waste though, they would look fine somewhere a bit more appropriate, as you suggest.