The Renwick Memorial, or The Response, at Barras Bridge, Newcastle, is considered to be one of the finest of its kind in the country and is Grade II listed. Given to the city of Newcastle by Sir George Renwick in 1923, the monument was recently renovated and rededicated at a ceremony which was attended by the Duke of Edinburgh.

The memorial was commissioned by Sir George and Lady Renwick to commemorate three events: the raising of the Commercial Battalion of the Northumberland Fusiliers; the return of the five Renwick sons from the war; and Sir George Renwick's attainment of 50 years of commercial life on Newcastle Quayside.

Described by Alan Borg, a former Director General of the Imperial War Museum as "one of the finest sculptural ensembles on any British monument." Goscombe John designed 'The Response 1914' as a narrative sculpture depicting soldiers marching off to war watched by an angel while women and children bid them farewell. 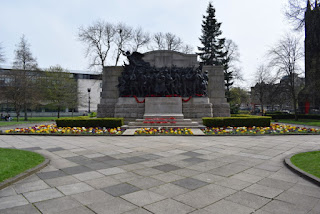 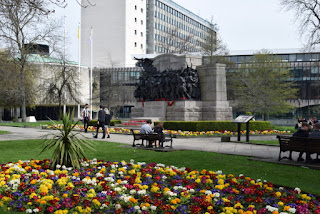 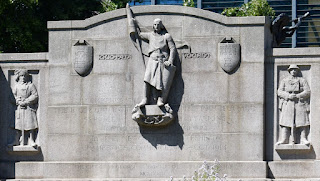 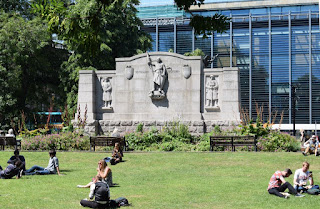 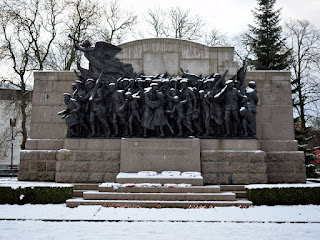 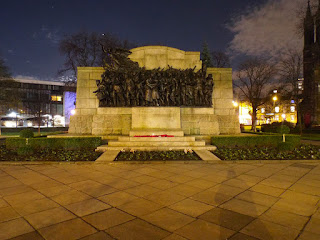 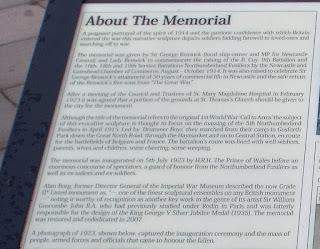 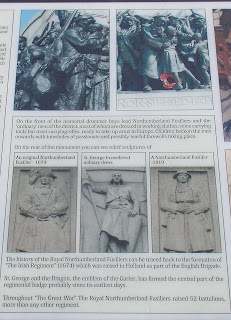 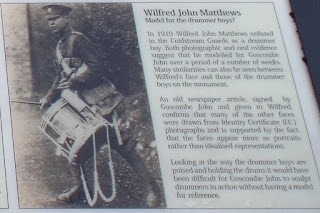 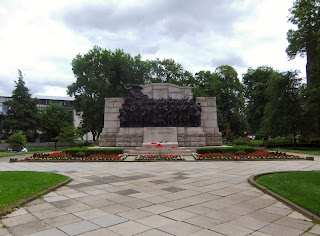 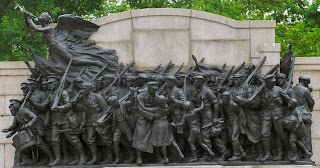 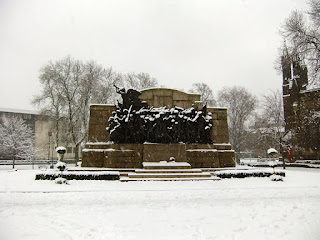 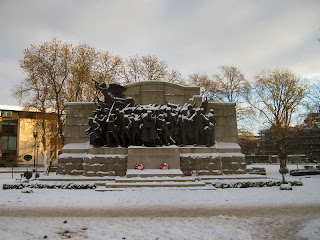 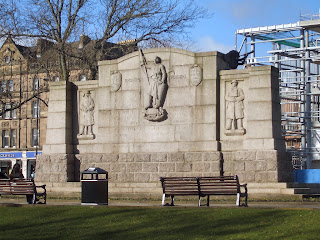 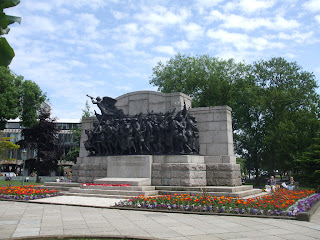 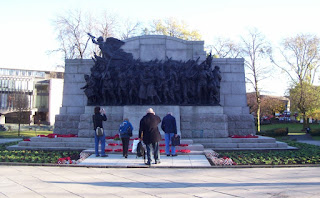 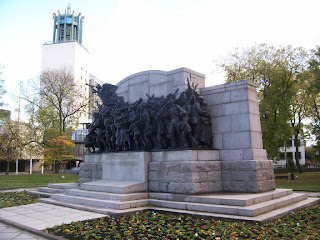 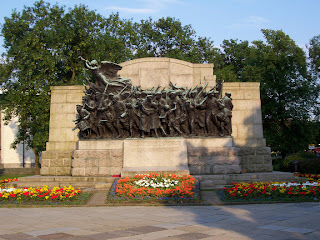 More Information:
See my other photos around The Haymarket:

It is wonderful to see this memorial in it's lovely setting,my husband is very proud of his heritage.
A Renwick

It is certainly a beautiful piece of work.
Thanks.

I have been told that the people in the memorial were once living people and that a picture was taken of each of them, then each picture was put together to make this memorial, is this true? Dan Johnston

It's possible but I'm not sure.
Does anyone else know?

If anyone could tell me anymore info about that i would be very grateful. There is a picture somewhere in my family of a drummer with a bent drumstick, i have been told it is the same man at the front of the memorial and he is a great grandfather of mine, i would like to find out. Dan Johnston

There is a graphic display near which includes a photograph of a drummer boy who is thought to have been the model for the sculptor. It also contains some background to the sculptor and his work. The memorial is an excellent piece and well worth seeing in situ