Percy Street, near the Haymarket, has two of the finest buildings in Newcastle in The Bruce Building and The Grand Hotel both of which I believe are now used and owned by Newcastle University. Percy Street is also where most of the buses that come into Newcastle from around the region drop people off. 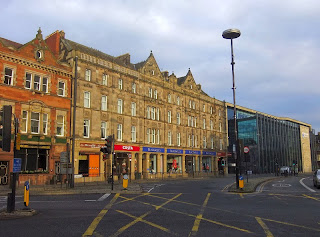 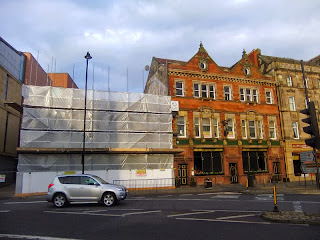 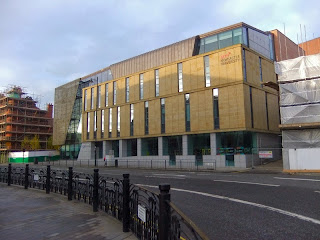 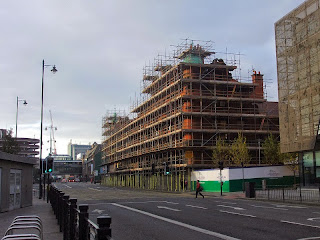 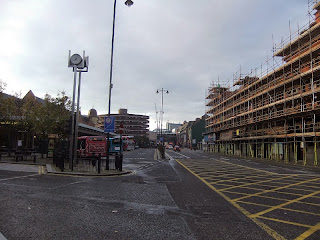 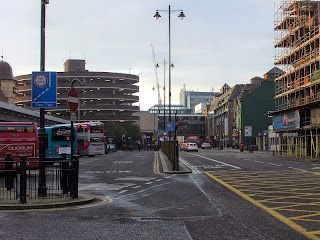 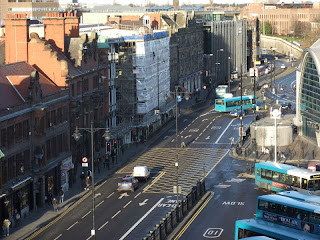 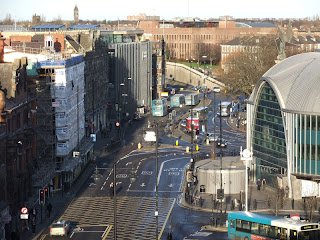 February 2009
Mouse over the pics for more information. 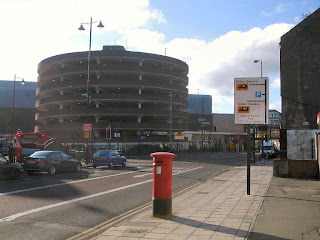 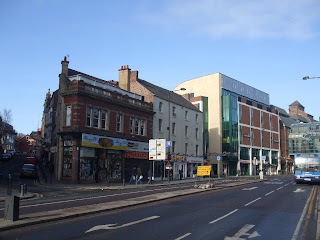 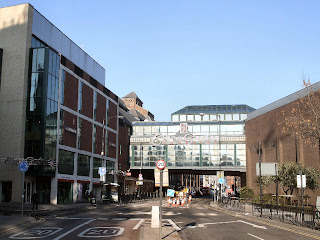 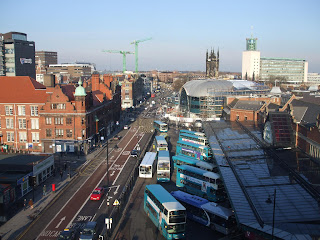 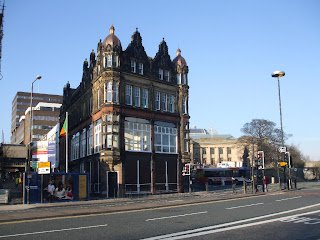 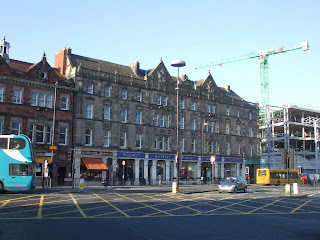 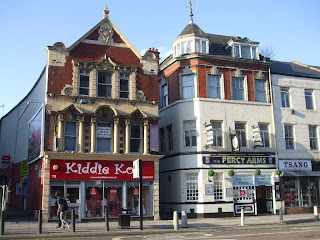 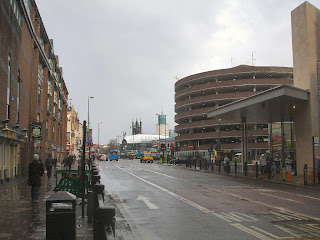 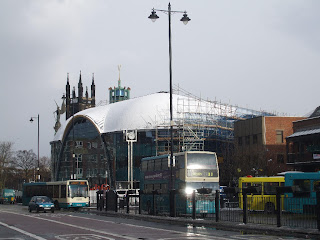 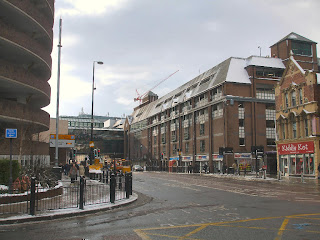 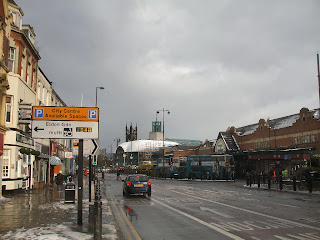 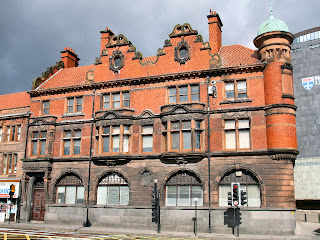 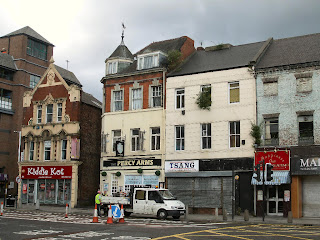 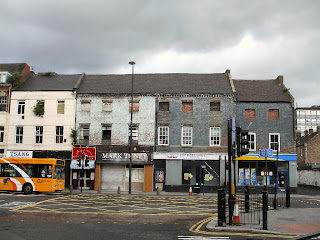 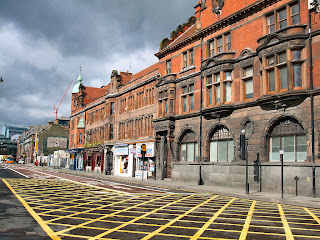 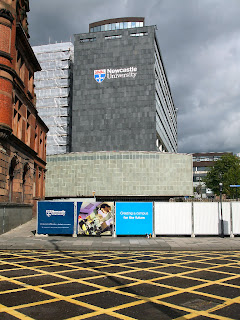 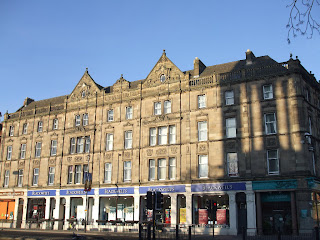 A panoramic photo showing the Grand Hotel and a new building being built by Newcastle University.

I`ve walked past that Kiddie Kot building millions of times and haven`t really noticed it until this photo. The new building is really getting along quickly, looks a bit like the Sage.

Funnily enough there was another reader commented on a different page yesterday saying something similar to what you said about not noticing something they walk past often until they see a photo of it.
I reckon most people in the town are just in too much of a hurry to notice stuff around them.

And yeh it does'nt take them long to build something new nowadays especially when its all the rage at the moment to have glass fronted buildings like that one and the new library.