Walker is a residential suburb just east of the centre of Newcastle. Walker's name is a hybrid of Old English and Viking Norse, "Wall-kjerr", where "kjerr" is Norse for "marshy woodland". The name therefore means "marshy woodland by the wall", where the wall in question is of course >Hadrian's Wall.

Most of the photos on this page are taken in an area between Welbeck Road and Walker Road which is only a small part of Walker. Other parts of Walker will follow at some stage.

Walker is notable for Walker Park, the Walker Riverside Park, and the Lady Stephenson Library.

Walker is also the birthplace of Eric Burdon lead singer of The Animals & later War. The Animals recorded a song called "Gonna Send You Back To Walker"

Another Walkerite, the author, journalist and broadcaster Keith Topping, titled one of the chapter's in his novel The Hollow Men, The St. Anthony's Chinese Takeaway Massacre.

The Newcastle striker Shola Ameobi grew up in Walker and played his youth football for the local team Walker Central. 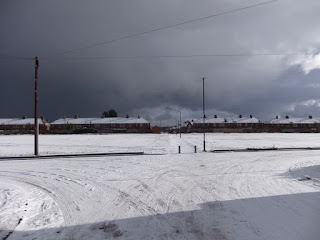 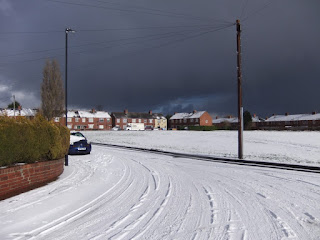 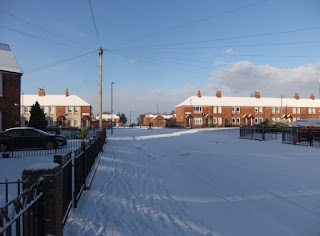 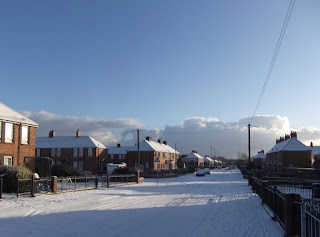 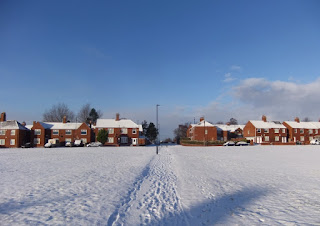 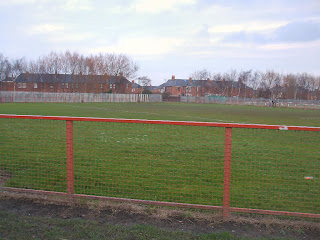 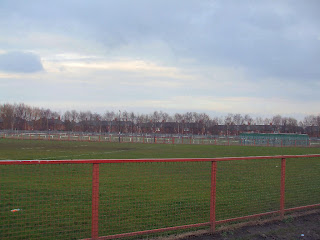 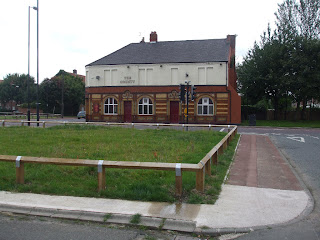 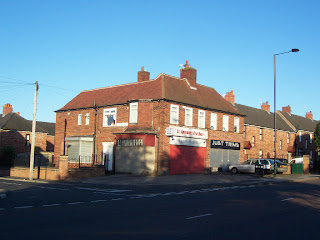 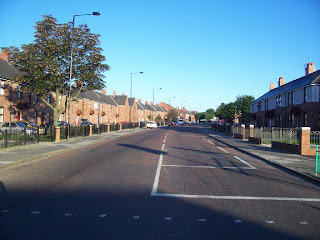 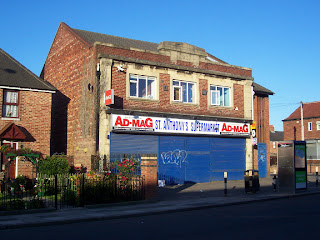 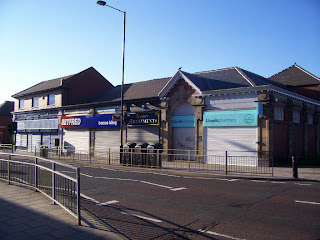 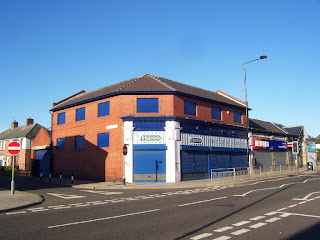 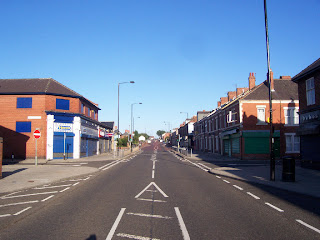 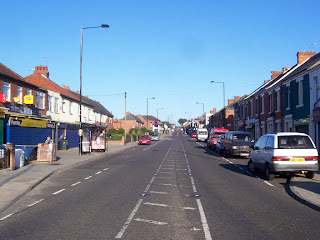 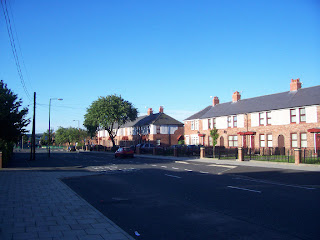 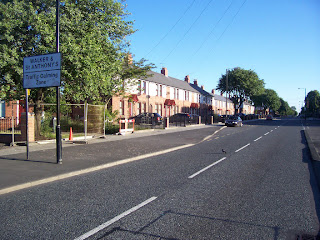 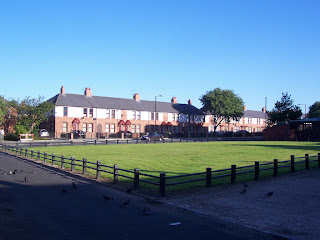 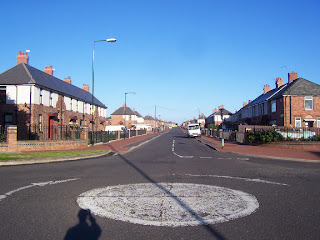 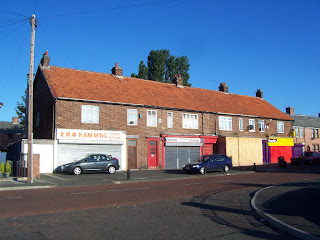 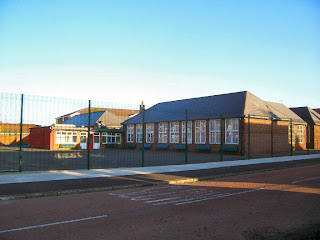 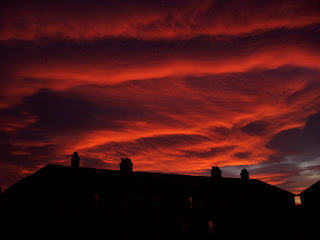 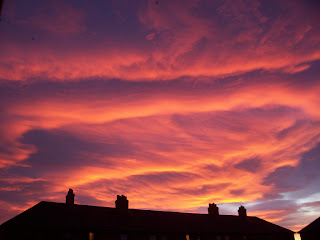 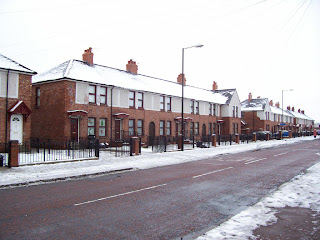 
More Information:
See my other photos around Walker:

Thanks for another great collection.

I grew up in Walker, just round the corner from almost all those pics you did.

I also spent a lot of time around there in the 70's as a lot of my family lived just off the Rec.

They started building the new houses while they were demolishing the old ones. I have a few photos of the construction and they should appear here sometime soon.

Have you seen my Walker Riverside and Walker Road Demolition pages?

ahhh my old stomping ground looking for pics of old east walker school bottom of welbeck road/bath street where i went in the 50s n 60s great little school and wanting to show my kids where i went to school and lived in bath street any one help//?//

Would I be right in saying it was demolished in recent years?

You could try a search on Structural Images of the North East as they have a lot of old photos.

I would love to have some old photos of welbeck rd, White St Neptune Rd area from the 50s and 60s - when the Riverside line was operating, paticularly East Walker School (my old school) that long ramp-line of long steps down to Welbeck Rd and Calabountin's Fish Shop on the opposite side of the road, the off-liscence and betting shop a little further north, and the timy little green shack near the Neptune yard (where I worked) at the bottom of Welbeck Road, and the Gents and Ladies toilets at the bottom of Welbeck Rd. (Still there at beginning of 80s although not for us)
Actually, thats a point. There were public toilets on Church St, behind a Welbeck Rd church I remember, there was public toilets all over the place. Handy if you were caught short. Walker Park had them, Glasshouse Bridge, Opposite the old Gibson St Baths on New Bridge St (That's still there, but theres TREES where the urinals used to be now - you can see them as you pass on the bus towards the town after St Dom's catholic church)
Actually, got me thinking that. A subject for discussion tonight over a few jars !

It would seem, according to the authorities, that the more time goes on the less we need the toilet! :)
I think I can remember the ones on New Bridge St, just.

Hi,
A very impressive set of photos.I'm not from Newcastle myself but my husband is.He has told me that you did give him permission to use some of your photos.His name is George Carr.

I grew up in the early 1950's in a Prefab in Greenford Road? Anyone else do the same? Lived really close to the Gasometer?? Would love to see some old photos of that street/area. Moved to Fawdon to the new estate there around 1954.


I was the caretaker's son of East Walker School - happy days!
Sandy

Anonymous said...
This comment has been removed by a blog administrator.
7 September 2012 at 16:31

Grew up in St. Anthonys and went to Warrier Street school from early 50's - remember so much from these photos.

My name was Jimmy Dack, now Wilson; and I was born at 49 Greenford road 10 May 1958.
I went to the school at the bottom of the road but cannot recall the name of it.
a couple of friends that I remember are walter Atkinson and Gordon Foster.
I was knocked over on Walker road opposite the County pub and my friend David who I was with was killed.
Cathy Carter was the woman that my granddad lived with.
I left Walker in 1963.
Has anyone got any news of the people that I mentioned or the school that I attended , which was also the sea cadets place.

Was that the school at the bottom of Greenford road where the sea cadets used to parade at he weekends?
We was there until late 1963.
I used to live in 49 Greenford road, just over from the doby's.
Jimmy Dack

I grew up at lauderdale avenue walker (prefabs) until august 1950 then family emigrated to australia. I have relatives in benson rd to this day

My family lived in monkchester road till 1979 .Remember Reppers newsagents

Hi I'm looking for more information about Readers Amusements/video store on Welbeck Road before it closed down what year did they close and when did it open? And do anyone remember visiting it? Kind Regards

My aunt & family lived at 313 Welbeck Rd which was above a butchers shop & there was a tobacconist/confectioner/off licence next door, I can't remember the name of the shop but it was run by an Italian family who made their own delicious ice cream. My uncle would give us money to go downstairs to Giovanni's for 2 bottles of Newcastle Brown & 3d to spend on sweets. I live in Australia now but went back to Newcastle to look after my mum & another aunt (both had Alzheimer's & lived at St Anns on Crawhall Rd/Beamish St opposite the old stables for the horses who brought wagons from docks via Victorian tunnel). I took mum back to see 313 Welbeck Rd but there was nothing that I remembered from my childhood & sadly it all looked very neglected.

When a kid in the 70s they had underground toilets on shields road, but now they would be smack head bomb shelters, there were toilets everywhere in the 70s,but also a lot of men hanging around also.

Does anyone remember the spare ground behind Gloria cinema, we knew it as brikkie ponds back in 1950s. Gypsies used to camp there. I could see it from back bedroom window when I was a kid