EDIT: If you've landed here looking for photos of the QE2's recent visit to the Tyne then go here RMS Queen Elizabeth 2 (QE2) at Tynemouth

Not quite as glamorous as of some of the other bridges over the Tyne but it helps to almost complete the set. The bridge has recently gone through a make-over with a coat of paint and a light show in the evening. See video below. 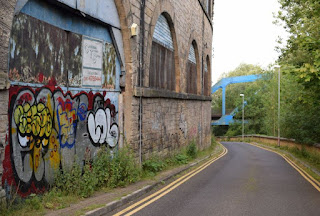 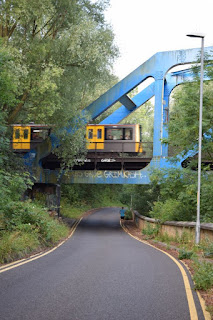 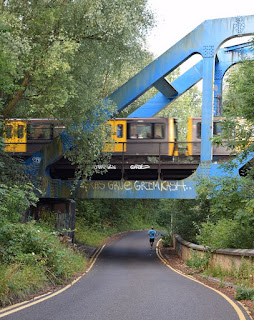 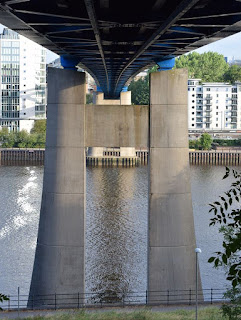 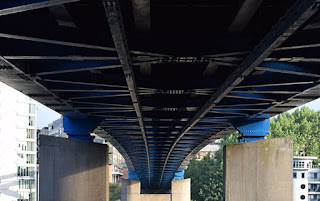 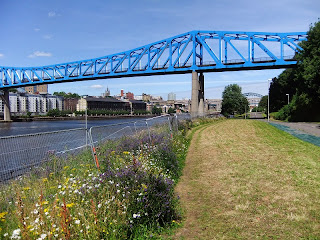 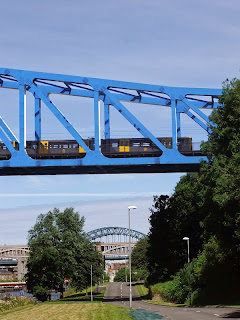 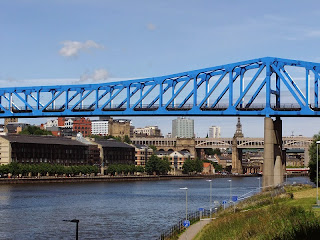 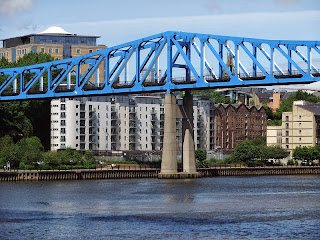 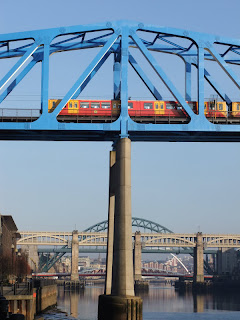 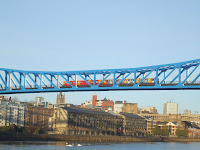 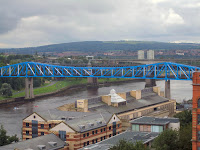 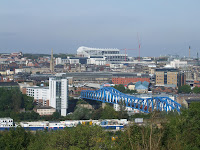 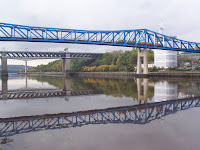 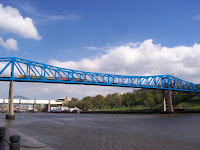 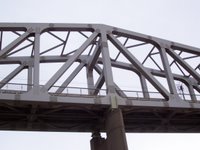 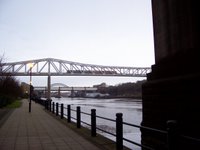 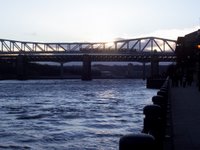 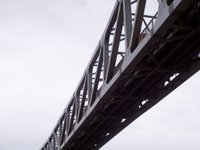 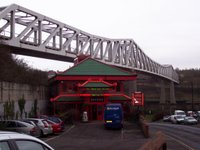 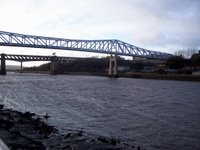 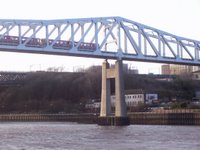 A kaleidoscope of colours was unveiled above the River Tyne as Britain's biggest light artwork shone out. Nocturne, a 360-metre creation by artist Nayan Kulkarni burst into life over Newcastle and Gateshead's historic quaysides.

The £300,000 project, which is longer than three football pitches will illuminate the Queen Elizabeth II Metro Bridge for at least the next 15 years.

Its low-energy LED lights will never repeat the same combination of colours as pre-programmed barcodes create colours rippling across the structure - rising and falling in intensity and brightness to match the ebb and flow of the tide below.