The present Fish Market, a Grade II Listed Building, was built between 1878 and 1880 to a design by city engineer A.M. Fowler replacing the former one in The Guildhall which was enclosed and converted into a news room (1897-98).

The sculptor for Neptune and Fishwives was George Burn and the sculpture stands 1.2m high and 2.8m wide. Neptune is seen standing on two dolphins, trident in hand with two Fishwives on either side traditionally dressed and holding fish and baskets.

George Burn was also the sculptor for the memorials to the Tyne Scullers, Harry Clasper, Bob Chambers and James Renforth, and the monument to Colonel Edward Moseley Perkins and the Head of Garabaldi. 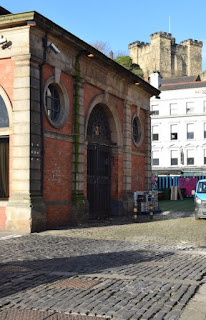 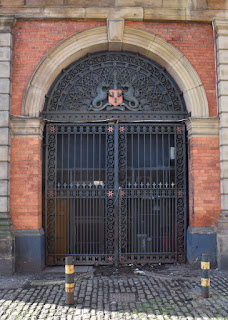 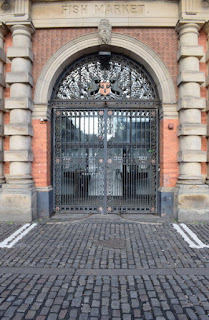 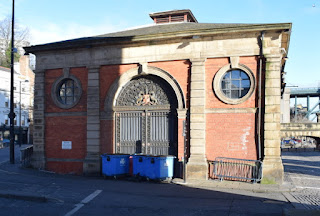 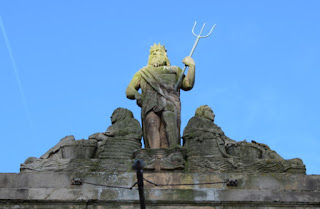 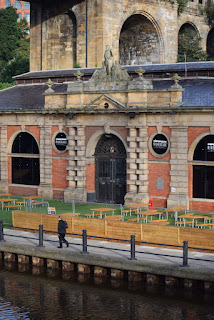 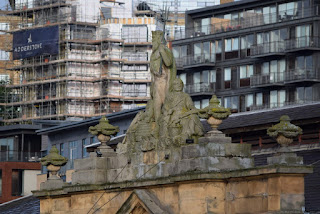 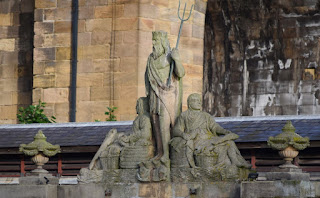 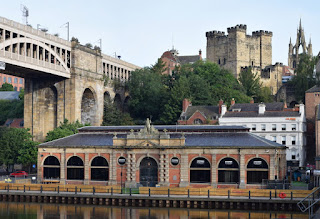 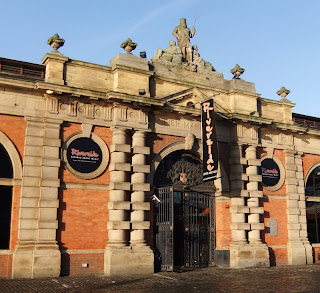 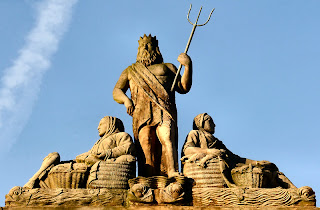 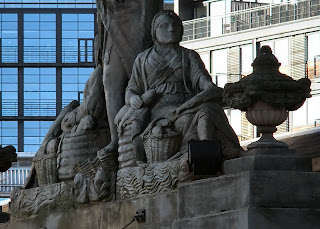 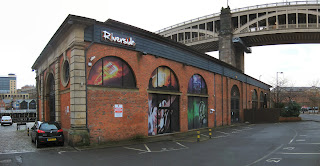 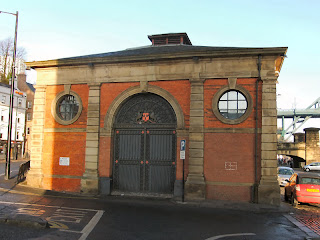 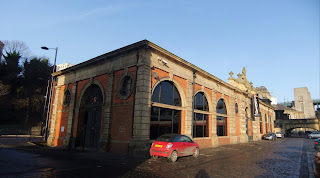 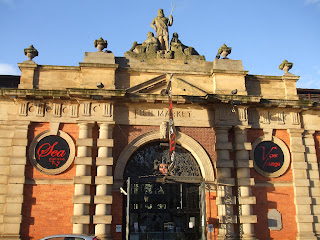 More Information:
My other photos around the Quayside:

My husband, Ken Burn, is a great( or great,great)grandson of George Burn, master sculptor. We only recently found this out as my son-in-law has been researching my daughter's paternal family tree. Brenda Burn

That's a canny find. It is a great piece of work.

It's a small world, I wonder if you know the commenter above.