Walker Technology College was founded in 1932 as two Central Schools that were designated as Technical Schools in 1946. In 1967 the present comprehensive school was formed by the amalgamation of Walker Technical High School for Girls with Welbeck Road Secondary School for Girls and Wharrier Street Secondary School for Boys. For twenty-one years it existed as a split-site school, but following a large building programme the whole school moved on to this one site in September 1988.

In September 2011 a new school was opened at the nearby Waverdale Avenue and I'd read somewhere that these old buildings were due to be demolished soon. As good a time as any to take a few photos. 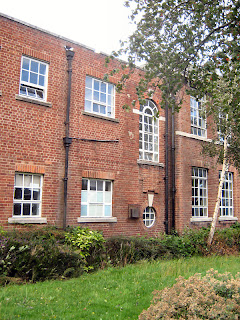 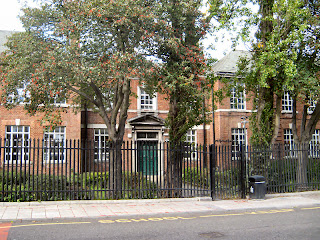 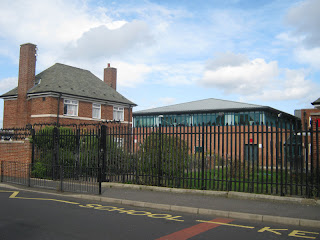 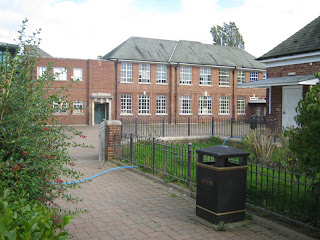 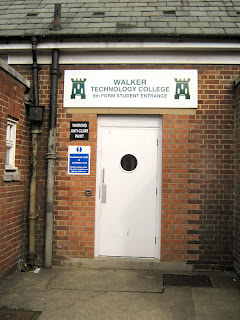 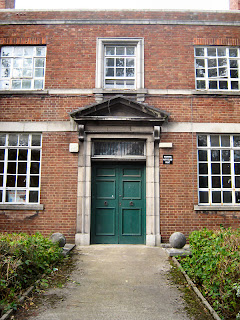 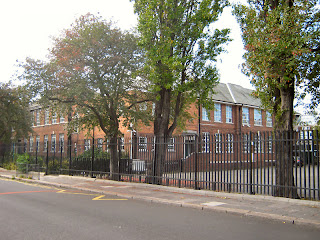 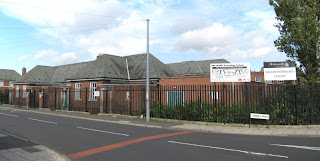 See my other photos around Walker:

mr jary was headmaster when I was there ken hendry

I went to this school in 1958 and at that time it was known as Middle Street Commercial School. The top half near Scrogg Road was the Girls' school and the bottom half was the boys' school. The girls school started and ended 10 minutes after the boys - I think the idea was to keep them separate - bit of a joke that really - lol.

Interesting that it went back to being a split school only 7 years later.

I remember it as Middle Street Commercial School for girls. I attended in the mid 50's. Hated every day but thrived very successfully regardless.

I went there 1966 it was known as Walker Technical high school for girls, we had a good education but was rather strick

I was here from 1958 to 1965.A very good school with excellent teachers. Litterature,Miss Wharrier,Geography,Mrs Stokes. Music,Mrs Peacock, Maths,Mr Talbot. History,French,Art and Biology teachers all made their mark as excellent teachers. I took 9 O levels and 2 A levels here. I could pick and choose my further career,thanks to the excellent teachers. Mrs Peacock made our choir one of the best girls choir in Northumberland. We were chosen to sing in various towns in Norway in 1962,in a trade week to boast sale of British goods.Middle Street formed me as a child and I met my future husband in Norway then. Norway was to be my home for the rest of my life thanks to Middle Street School (Walker Technical High School)

I attended Middle Street Commercial School from mid 1950 -1960 when I left & the boys school went to Manor Park.

Mr Philip Jary was then headmaster. A very strict disciplinarian! My form master was a Mr Fawcett.

I was there at the same time. MRS stokes was my class teacher. Miss Head headmistress. I went to Norwat with Mrs Stokes and Miss Raffle I was Mavis Nixon

What a dump hated every second of being there Alf Dobson

It was a beautiful school with large Green areas for athletics and tennis,It was formed as an atrium(Ancient Roman design) with garden in the middle. Also playing ground for handball.We got fabulous opportunities there

Went there in there 60's was a great school for girls very strick but good education loved the uniform too, we had to wear a velour hat with a bow, very flattering haha

I can relate to that, they most certainly were not the happiest days of my life, however, like yourself I have led a successful and very interesting life.

I left there in 1995. Was the most amazing time ever. Great tirever friends nd memories. Wasnt hugely academic but i tried my best nd got a great job nd future out of teachers believing in me. Mr Dunsford, my form teacher. Mr Craggs, Nd the lovely Mr Mccann. He was so funny. Firm but fair when he wanted the best out if you. He truly did love his job nd cared about his students. Legend in my eyes!!!