Westgate House was a 46-metre (150 ft) office block that was situated on Westgate Road opposite Newcastle station in the Grainger Town of Newcastle upon Tyne, England. The 12-storey Brutalist building was completed in 1972 and was demolished in 2006–07.

The building straddled the eastern end of Westgate Road, and was designed to have the appearance of a "gateway" to the city centre. After being completed, it housed several government agencies. The last to use the building was the Citizen's Advice Bureau, who were based on the ground floor until 2001.

According to the Evening Chronicle, by 2001 "it was well-established as one of the ugliest and unpopular buildings on Tyneside". The vast concrete structure was particularly criticised for being out of place with the Victorian buildings around it. Westgate House was featured on the Channel 4 television series, Demolition where it was voted as one of twelve buildings that deserved to be demolished. However, in BBC News Magazine, it was nominated as an 'unsung landmark'.

Developers OneNorthEast acquired the building in 2001 and initially considered renovating it as a hotel. In 2005, they and Newcastle City Council instead announced that the building would be demolished, with the work beginning in late 2006 and finishing in January 2007 allowing for the site's redevelopment. Westgate House had to be taken down piece by piece as neighbouring buildings were too close to allow for a controlled explosion. Demolition started off slowly at first as a result of the unique construction method used on the 11th floor, which was a plant room, and the 12th floor which was stronger than other floors because of the roof slab. Demolition was completed upon the removal of the 'stilts' at the base of the building. 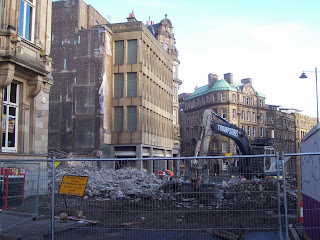 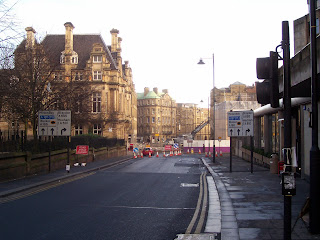 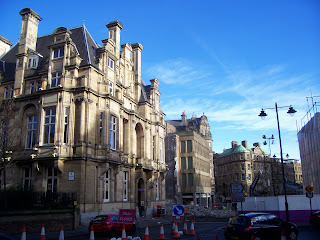 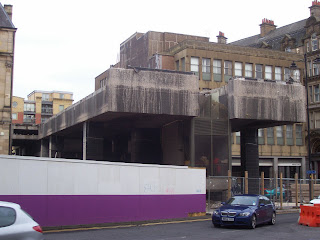 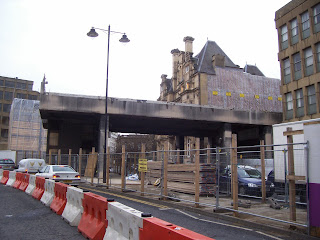 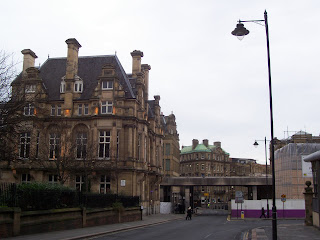 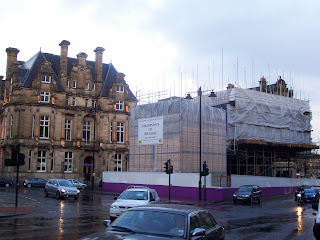 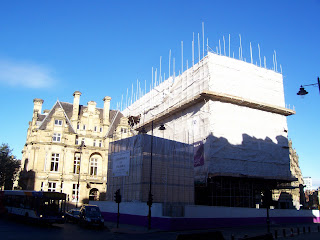 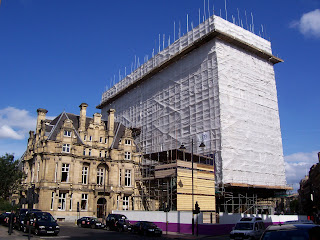 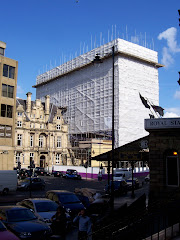 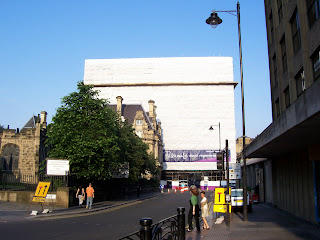 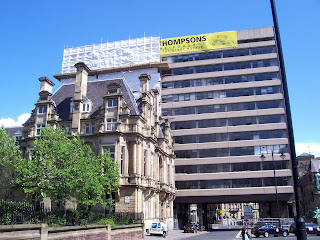 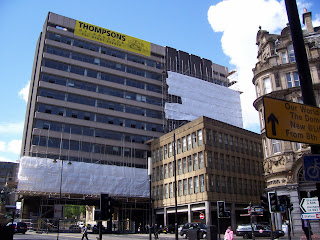 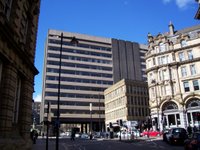 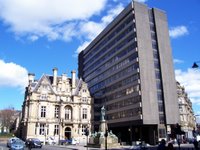 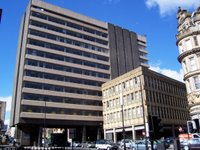 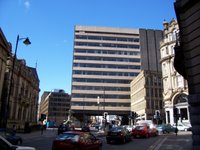 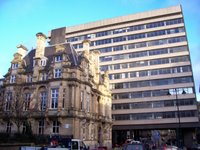 More Information:
See my other photos around Westgate Road:

this too will pass said...

Never had the chance today I'm afraid.
I did pass through the town and got one of the monument and a couple of my boy dressed up for his black and white day. None of them suitable for here.
Stand by your inbox. :)

Is it me or do those buildings all look like they're about to fall down?

:) Aye they do a bit. Something to do with the angle I've taken them at and the way digital cameras work.
One day I may be able to afford a real camera.:)

its a shame to see westgate house finally hit the deck later this month. I liked the way it juxtaposed the victorian neo-gothic and over busy facard of grainger town. Like something that flew in from space and landed on its stilts. It will be a shame to loose the city's west gate in its current form of west gate house i wonder if they will rebuild the arch like the romans before?

seems a shame to be loosing some thing that represents so much history of the city. Not only the 60s but the roman period as well as it was intended to be a representation of the former west gate for the city.
I personally liked the way it looked like it had been dropped in from space on to its stilts.

I hated Westgate House. I hate pretty much anything T Dan Smith was involved in. I'm glad Westgate House is gone and I'm even happier to see the Central Library flattened. It's a shame he was allowed to erase so much history to erect those monstrosities.

And... aren't those 'jaws' they're using to 'eat' the concrete fantastic to watch!?

Yeh I was glad to see it gone along with the library too. There are still some awful pieces of his work left that need to go too in my opinion. As you enter Newcastle from the Tyne Bridge the bottom of Pilgrim St has got to be one of the worst possible introductions to visitors. Ever.

And yeh them jaws are great.
My only worry about the whole thing is the quality of the replacement buildings. What will people think of them and how will they look some 40 years on? Take for instance the new buildings on the Quayside. Yes they do look smart, for now, but who is to say the designs won't be considered awful sooner or later. I think they look awful now!

I would really like to see more pictures from you on T. Dan Smith's ugly buildings. I hate them too and I would love to see them all come down one by one. Having a little archive of them would be cool though, just to see what was there.

Thanks for a wonderful collection.

Hello and thanks.
I'll see if I can dig a few more photos out and post them some time over the weekend.
The way things are going most of the buildings will be gone soon.

Hi...I lived and was a student in Newcastle when the Central Library was opened. Spent many happy hours studying there. I can tell you that at the time we thought it was great to have the old library replaced with such a modern library and all of the facilites that came with it.

Lets hope we feel the same way about the new one. :)