This elegant structure was built by subscription, which commenced August 19, 1773. It stands at the west side of the Vicarage-house; and the ground was leased under the authority of an act of parliament, 14 George III. which enabled Dr. Fawcett, vicar of Newcastle, to grant a lease of part of his garden for nine hundred and ninety-nine years; at an annual ground-rent of £20. The foundation stone was laid by the late William Lowes, Esq. in the presence of a great company of ladies and gentlemen. A plate with the following inscription was put under the stone:—

In an age
When the polite arts
By general encouragement and emulation,
Have advanced to a state of perfection
Unknown in any former period;
The first stone of this edifice,
Dedicated to the most elegant recreation,
Was laid by William Lowes, Esq.
On the 16th of May, 1774.

It was built under the direction of Mr. Newton, architect, and cost, including furniture and other expenses, about £6701, to which the corporation subscribed £200. These rooms were first opened by a very numerous and brilliant company, in the race-week, June 24, 1776. 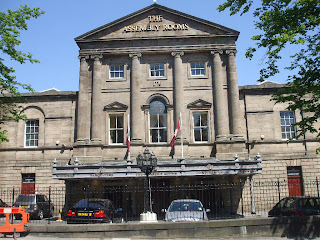 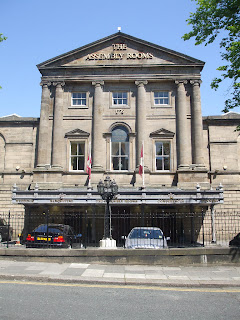 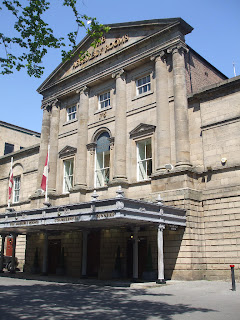 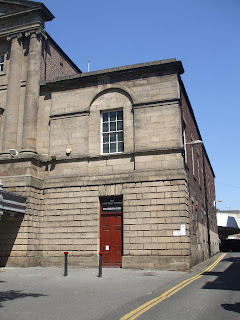 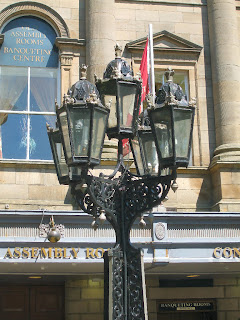 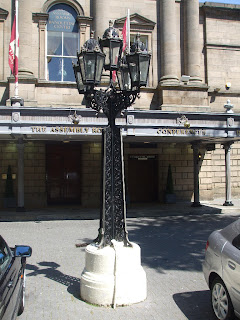 See my other photos near The Assembly Rooms: