Tyne Cyclist and Pedestrian Tunnel was Britain's first purpose-built cycling tunnel. It runs under the River Tyne between Howdon and Jarrow, and was opened in 1951, heralded as a contribution to the Festival of Britain. The original cost was £833,000 and the tunnel was used by 20,000 people a day. It actually consists of two tunnels running in parallel, one for pedestrian use with a 3.2 m (10 ft 6 in) diameter, and a larger 3.7 m (12 ft 2 in) diameter tunnel for pedal cyclists. Both tunnels are 270 m (884 ft) in length, and lie 12 m (40 ft) below the river bed, at their deepest point. The tunnels are over 60 years old and are Grade II listed buildings.

At each end, the tunnels are connected to surface buildings by two escalators and a lift. The Waygood-Otis escalators have 306 wooden steps each, and are the original models from 1951. At the time of construction, they were the highest single-rise escalators in the UK, with a vertical rise of 85 feet (26 m) and a length of 197 feet (60 m). In 1992, escalators with a higher vertical rise of 90 feet (27.4 m) and 200 feet (61 m) in length were constructed at Angel station on the London Underground. The Tyne Tunnel escalators remain the longest wooden escalators in the world.

In 2012, contractor GB Building Solutions of Balliol Business Park, Newcastle, was appointed to carry out the £4.9 million refurbishment which included the replacement of two of the original four escalators with inclined lifts and the replacement of the tunnels' ageing mechanical and electrical systems. However, GB Building Solutions went into administration in 2015, delaying the project.

The two remaining escalators, which are original and of historical significance, will be opened up to public view and illuminated with feature lighting.

New lighting, CCTV, control and communications systems were installed, in addition to carrying out repairs to the tunnel structure itself and to the historic finishes within the tunnel such as the tiling and panelling. The concrete floor sections were also refurbished or replaced. During the closure, a free, timetabled shuttle bus for pedestrians and cyclists was in operation between 6am and 8pm, seven days a week, 364 days a year.

The tunnel reopened at midday on 7 August 2019, operating initially for 14 hours a day until installation of the new inclined lifts is completed when the service will be 24 hours. By December 2019 monthly journeys were above 20,000 with around 25% of users being cyclists. 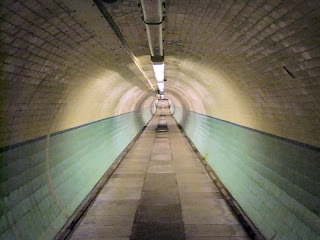 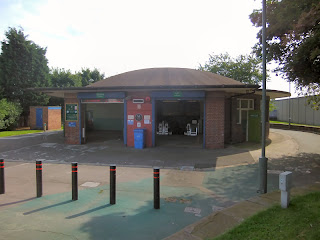 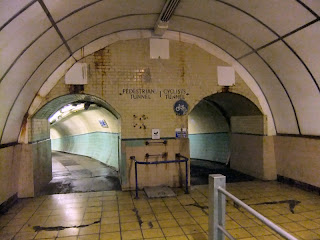 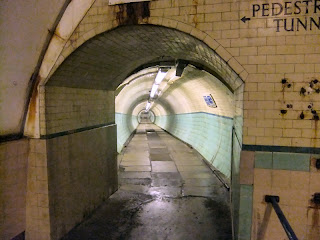 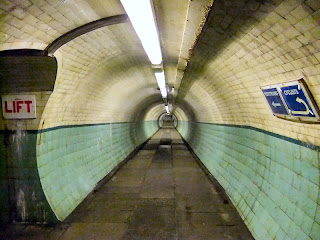 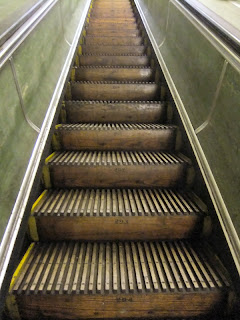 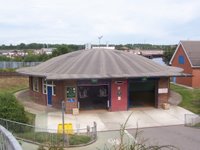 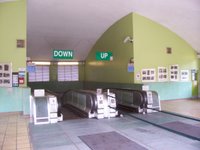 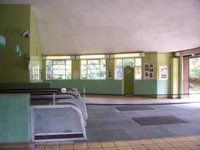 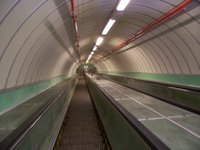 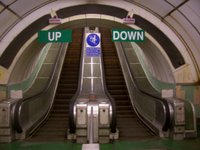 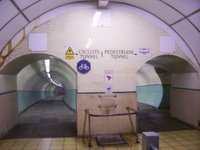 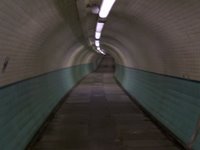 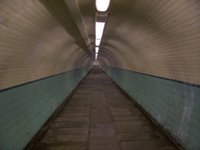 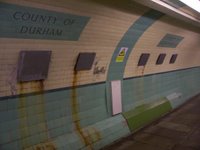 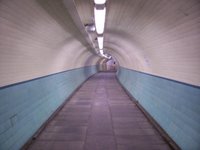 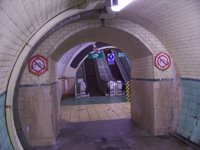 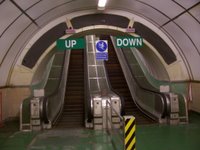 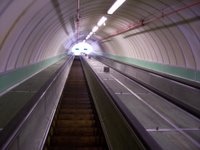 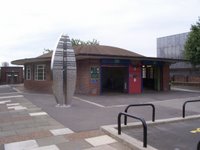 Starting at the south side these photos are in order of the walkthrough.

5 minute video of a walk through the tunnel.

thank you, I used to walk through the Tyne Tunnel with my Grandmother about 55 years ago and it hasnt changed one bit, I can still see her, especially with cuban heeled suede shoes walking all the way, no thoughts of her safety, often in the dark at night.We lived in Sunderland and she went home to North Shields.thank you for the memories.

You are most welcome. :)

You're right about it not changing one bit, I reckon it's in desperate need of a bit of a make over these days.

I say if it aint broke don't fix it. It seems to me that so many changes around the area get made just for changes sake. This isn't a recent curse...just look back through old photos of places like South Shields and it seems that every generation of decision-makers has been hellbent on erasing all trace of those before them. Generations to come will curse the short-sighted cultural vandalism of today and days recently passed. Preserve and Protect.
P.S : I used to love peddling to Jarrow so that I could go howling through the tunnel on my ten-speed treddly. I hope it still smells of fustiness and seeping lime.
Cheers.

Yeh I know what you mean but a lick of paint and a good clean up would'nt go amiss. And yes it still stinks. :)

Still just as much fun on a bike now but we used the lift to get our bikes downstairs. Thanks for the compliments about my site,

Used to meet my Dad who worked in Jarrow and we lived in Howden. Moved to South Wales 1953 and now live in Broome North Western Australia. Hope to return on 2016 and see the tunnel again so pleased its still there.

The tunnels are currently closed for refurbishment and not expected to re-open until 2018. http://www.tynepedestrianandcyclisttunnels.co.uk/

With repect for the TUNNEL. WHY has it taken mega YONKS to get this WORK finished ? (We have a similar problem with the DOME at WHITLEY BAY. The so called Council work has just gone on for DECADES.

What time do you close